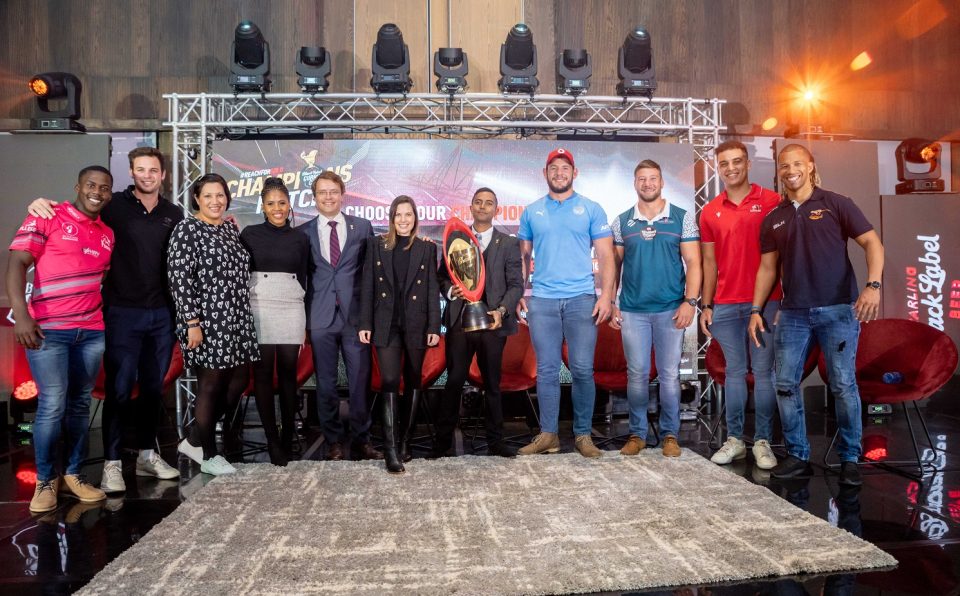 The fan-voted Carling Champion Team will take on the Azzurri-Italy A at the Nelson Mandela Bay stadium on the 2nd July 2022. To have the power of essentially a Barbarian or Springbok team selector, fans simply needed to purchase a Carling Champions Match promotional pack of Carling Black Label and enter the unique on-pack code on either the USSD, facebook or web voting platforms.

“The Carling Champions Match is another way that Carling Black Label is putting the power in the hands of our Champion fans. After selecting the players to make up their team, fans can now look forward to choosing their captain as well as the man of the match on match day. Our  USSD and facebook messenger lines are live for anyone wanting to vote,” says Carling Black Label Brand Director, Arné Rust.

Rust adds that, “Bringing the game to Gqerbha presents a great opportunity to reward a rugby loving community with a spectacle of a match; the cream of the crop in the Carling Currie Cup will strut their stuff against the exciting Azzuri. Tickets to the game are on sale through Ticket Pro now.”

Hundreds of thousands of votes came in for players across the Vodacom Bulls, Cell C Sharks, Sigma Lions, DHL Western Province, Toyota Cheetahs, Tafel Lager Griquas and the New Nation Pumas. Players that amassed the most votes in each position will take to the pitch wearing the ‘Black and Gold’ of the Carling Champion Team. Not only did fans decide on the team, but also the coach that will take the reins on matchday. The team will be led by voted coach and Carling Carling Currie Cup winning coach from the Airlink Pumas, Jimmy Stonehouse.

The votes have been tallied and that team is finally ready to be revealed. And boy, is it one crackerjack of a side, ready to entertain supporters with an enterprising brand of rugby!

Vodacom Bulls scrum-half, Keagan Johannes leads the charge with the most votes, amassing an incredible 14978 votes, and he is closely followed by his partner in the front row, prop Simphiwe Matanzima, who had 14655 votes cast for his inclusion.

The squad is as follows:

Beyond the on-field action of the match, attendees can also look forward to being entertained with live performances by NaakMusiq, Heavy K, Marc Anthony Kock, Deon and Michelle Mattheus and Thuba Myeki.

For those watching at on TV on the 2nd of July 2022- match build-up will start from 19:30 on SuperSport Variety 3. Fans can also enjoy the spectacle and listen to the match live on the following SABC radio stations: Ukhozi FM, Umhlobo Wenene, Lesedi FM, Thobela FM, Motsweding FM, Radio 2000 and RSG

Consumers can use the following voting mechanics to vote for the captain-via USSD on *120*660* unique code# or via Facebook messenger (Carling Black Label).