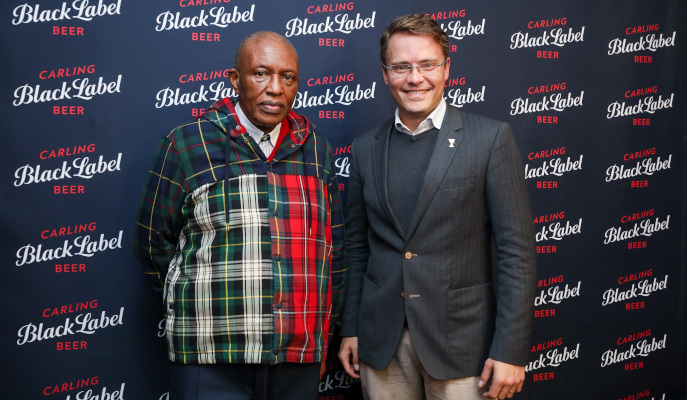 South Africa’s Champion Beer, Carling Black Label, in partnership with the Premier Soccer League (PSL) would like to formally announce the “Carling Knockout Cup”, a unique tournament that will once again, put the power in the hands of our Champion fans.

The Carling Knockout Cup which will be introduced to the PSL calendar, is inclusive of all 16 teams in the topflight, with the inaugural season set for 2023/2024.

It is always refreshing for the PSL to be part of the innovative marketing ideas emanating from the SAB marketing conveyer belt.

We are excited about the launch of this Carling Knockout Cup competition which will increase the share of the conversation voice in all the nooks and crannies, including all media platforms.” says Premier Soccer League Chairman Dr. Irvin Khoza.

“At Carling Black Label, our commitment has been to give our fans the two things they want most; Africa’s Most Award-winning beer and power in the sports that they love. This has inspired us to innovate and keep our offering fresh. Now we have been able to conceptualize this exciting Carling Knockout Cup based on our experience in the Carling Black Label Cup over a decade-long partnership with the Premier Soccer League and undoubtedly – our Champion fans,” says Carling Black Label Brand Director, Arné Rust.

Rust adds, “Our goal has been to empower our fans with a deeper knowledge of the game because we truly believe that the future of the sport is, and should be, in the hands of the fans. As the leading brand in terms of all things relating to supporters, progressing our football and empowering fans of the game with knowledge and a voice, we continuously challenge ourselves and strive to build upon our previous achievements; and we certainly see this most recent announcement as yet another milestone.

We would like to thank every member of the Premier Soccer League, who has walked this journey with us, as we start working towards the Carling Knockout Cup scheduled for 2023,” says Rust.

The Carling Eleven squad will be composed of 23 players and a coach selected from the remaining 15 PSL teams that participated in the Carling Knockout Cup edition of the relevant season. As with every innovation introduced by Carling Black Label, the selection of the players will be made by the Champion fans.

To further enhance the entertainment value while developing future stars; the selected team coach will be tasked with including up to 5 players from the Diski Challenge teams, to play alongside the fan-selected PSL players.© Premier Soccer League

GALAXY HOLD PIRATES TO A DRAW