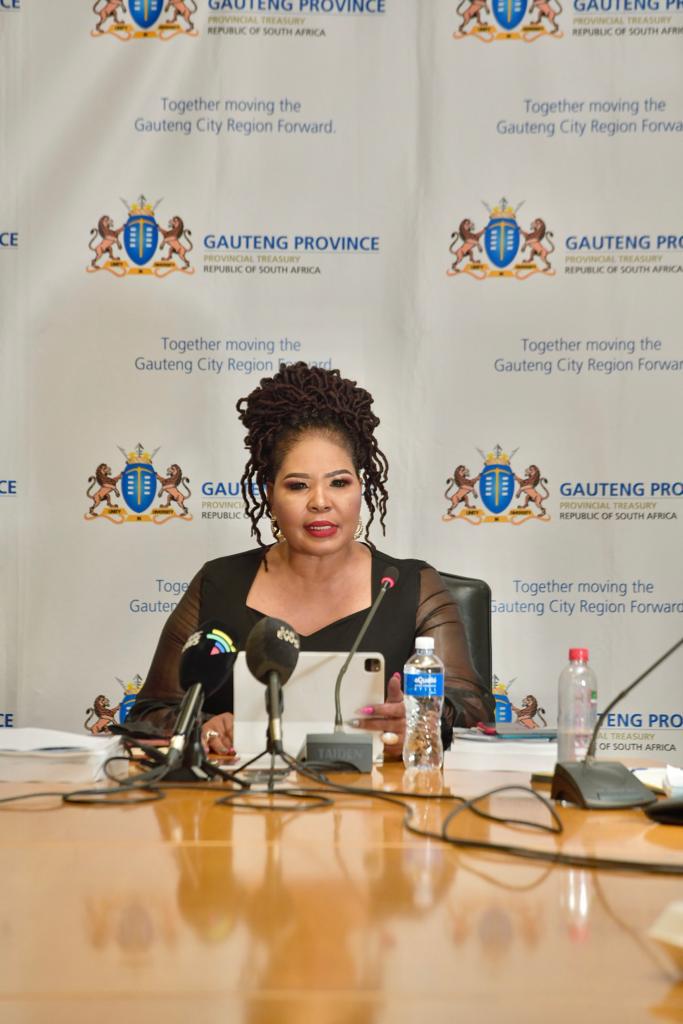 In case you are still in the dark, Mzansi’s major leading bank and financial services group, Standard Bank Limited is the official banker for Gauteng Provincial Government for the next five years!

This was revealed by Gauteng Finance and E Government MEC, Nomantu Nkomo-Ralehoko during the tabling of her department’s 2022/23 budget vote speech at the Gauteng Legislature.

Furthermore the MEC stressed Government was  looking forward to work closely with the bank to drive key economic transformational initiatives of the provincial government.

“In our view as provincial government is that improvements in public finance management and economic transformation are in no way incompatible. We believe we have shown in practice that it is possible to do both successfully.

“As a Provincial Treasury, our primary task is to protect public money and ensure that it is spent effectively and efficiently to improve the lives of people,” she said.

Ralehoko’s Budget Vote speech had all the ingredients  ranging from financial spending plan vis a vis economic outlook of the province and priorities of the Gauteng citizens.

At first she reflected on a number of challenges the province was facing arguing about complex and difficult times for both the province and its inhabitants.

“We are presenting this year’s Budget Vote of the Gauteng Provincial Treasury in complex and difficult times for our province and our citizens.

“The provincial economy, which contributes more than 35% to South Africa’s Gross Domestic Product, is still about 1% smaller than what it was in 2019. Our unemployment rate, particularly amongst the youth, is unacceptably high; poverty and inequality have deepened in our society.

“These socio-economic challenges are not new but were worsened since 2020 by the outbreak of Covid-19, which has devasted economies across the world and led to a loss of lives and livelihoods.

“It was because of these challenges that following the Mid-Term Review of the Sixth Administration, we decided to focus on jobs and the economy in the last two and a half years of this political term of government.”

Then she highlighted the following priorities that must be speedily implemented.

“Working with within the Growing Gauteng Together plan, the Gauteng Provincial Government will implement the following priorities.”

The MEC also explained this mandate was enshrined in Section 215 and 216 of the Constitution and Section 17 and 18 of the Public Finance Management Act.

“As custodians of public finances, we are central to ensure that departments and public entities are funded and use money effectively to realise the provincial priorities.

“In addition, our role as a Provincial Treasury of a sub-national government such as Gauteng is to also work within a very difficult environment to support our broad plan of radical social and economic transformation that we are implementing in partnership with the rest of society,” she said.

Response to the R480 000 procurement on windows by the Gauteng Department of Sports, Arts, Culture & Recreation