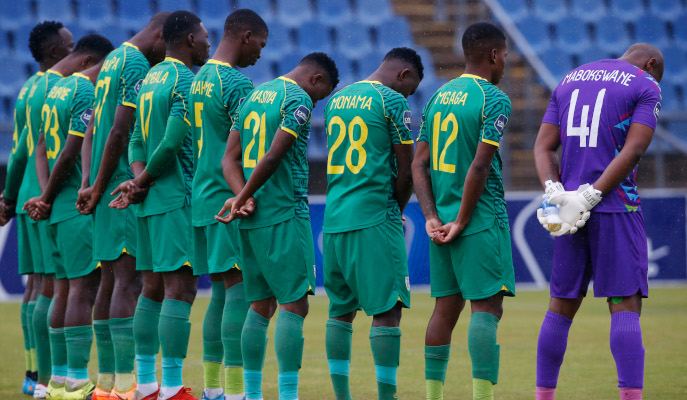 Baroka FC have suffered direct relegation from the DStv Premiership after a 1-0 defeat away to Maritzburg United at a sodden Harry Gwala Stadium on Saturday afternoon.

The result, which was decided by a goal from veteran defender Clayton Daniels, sees Bakgaga Ba Mphahlele’s six-year stint in the top flight come to an end, while the Team of Choice mathematically guaranteed that they will not be drawn into the relegation playoff picture regardless of the result of their final match of the season against Orlando Pirates in the coming midweek.

Baroka, who had been in the Premiership since 2016 but have often flirted with danger in the lower regions of the log, will be replaced next season by GladAfrica Championship winners Richards Bay.

The playoffs will see Swallows FC battle Cape Town All Stars and Pretoria University for the final top-flight berth available in 2022-23.

After a few tentative opening attacks, Baroka clicked into a more aggressive mode just past the quarter hour mark and threatened via a volley from Decide Chauke which the attacker blazed over the crossbar from the edge of the box.

That chance for the visitors sparked Maritzburg into life, as they immediately went up the other end and almost carved out a clear chance for Friday Samu, who was thwarted by the quick anticipation of Baroka goalkeeper Jackson Mabokgwane.

At the midway point of the first half, Lucky Baloyi played in Tawanda Macheke with a well-weighted ball which took Mabokgwane out of the game, but the attacker saw his goal-bound effort cleared off the line by Baroka left-back Sbonelo Ngubane.

On 30 minutes, the Team of Choice threatened again, with Genino Palace lunging a shot on target from a dropping ball, only to be denied by Mabokgwane – who then recovered well to smother the ball in a scramble inside the six-yard area.

Maritzburg had the ball in the back of the net on 39 minutes, as Samu raced onto Palace’s fine through ball and finished past the left hand of the ‘keeper, but the offside flag cut their celebrations short.

The half ended with Maritzburg goalkeeper Marcel Engelhardt making a solid catch under pressure at a corner kick, with the score 0-0.

The opening seconds after the break saw the Team of Choice mere inches away from claiming the lead, with Macheke getting on the end of a free kick delivery from Keagan Ritchie and heading an effort onto the crossbar.

Bakgaga ba Mphalele then struck the woodwork at the other end a short while later, with Ngubane’s speculative long-range shot rattling the crossbar – Engelhardt got away with a misjudgement which saw him pull out of trying to make a save in the assumption that the shot was heading well off target.

Maritzburg finally broke the deadlock in the 55th minute: a cleared corner kick was lobbed back into the danger zone by Baloyi and Clayton Daniels stole in between the Baroka centre-backs to turn the ball home from close range for his first goal of the season.

Baroka upped their attacking game in a search for an equaliser and Chauke almost found a way back into the game on 72 minutes, though his low shot from the left of the penalty area was blocked by Daniels, who was proving a colossus at both ends of the field.

Daniels and his fellow Maritzburg defenders held firm against whatever Baroka could throw at them, ultimately seeing out a narrow win which brought relief and joy for the hosts, but despair and depression for the visitors.