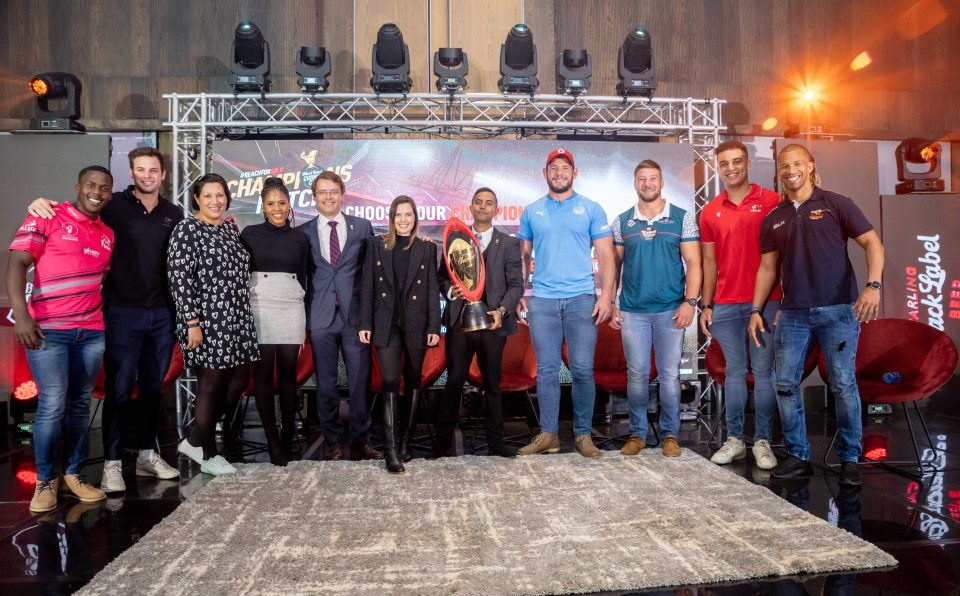 The Carling Currie Cup has a long history of iconic players coming through the ranks from the various competing teams. In 2021, Carling Black Label took innovation to the next level with the introduction of a new sporting revolution – the Carling Champions Match –  allowing fans to vote for their Champion team comprising of players from all 7 Carling Currie Cup premier division unions to play in a real exhibition match, it’s like a real life fantasy team.

Carling Black Label, Africa’s biggest and most awarded beer brand has once again partnered with SA Rugby to provide fans with the opportunity to select their starting 15. The spectacle will see fans from across all unions backing their heroes as they take centre stage against an international opposition, this year, hailing from Europe. Champion fans will #ReachForGold by voting for their Champion team as they line-up against Italia Emergenti (Italy A). The Carling Champions Match is set to take place on the 2nd of July 2022 at the Nelson Mandela Bay stadium with a 19h00 kick-off.

“We believe in doing more than just being a sponsor, we are here for the fans and what better way to entertain our fans than by giving them the power to choose their Champion Team? This is something that only Springbok or Barbarian team selectors could do now literally in the hands of our fans. Buy a Carling Black Label, dial the number and have your voice heard! In the aftermath of COVID-19 we’ve all been distanced from so many things that bringing our fans closer to the action has become even more meaningful” explains Carling Black Label Brand Director, Arné Rust.

Rust further added, “At some point we’ve all been to a braai or a dinner or just having a beer with friends when the question comes up “so if you could choose any players from any team to make an all-star champion team, who would you pick?” well now everyone has the opportunity of answering that question and giving the next generation of players to wear the Green and Gold a chance to prove themselves wearing the Black and Gold. We are proud to enable local rugby supporters and fans of Carling Black Label to choose their Carling Champion Team, allowing them to basically make their ‘fantasy team’ dreams come true.”

To vote, fans simply need to purchase a promotional Carling Black Label 500 ml can or 750 ml bottle branded with Carling Champions Match artwork. Should they opt to use USSD they can do so by employing the unique code on the can end tab or underliner of the quart, and dialling *120*660*unique code#.

To cast their vote using Facebook Messenger, fans must start a chat with @CarlingBlackLabelSA and enter their unique code, and will be prompted to choose their Champion Team. With each promo unit (the 500 ml can & 750 ml bottle) purchased, fans will be able to make their voices heard, and ultimately access and affect the world of rugby like no fan ever has before.

In addition, every 3rd valid unique code entry will provide you with a bonus vote. Every vote gives you an entry to stand a chance to win a R51 000 cash prize (competition close 02 July 2022, Ts & Cs apply). Carling Black Label is also encouraging fans to stay tuned to the brand’s social media pages for additional special unique codes that fans will be able to use to ‘Choose Your Champion Team’.