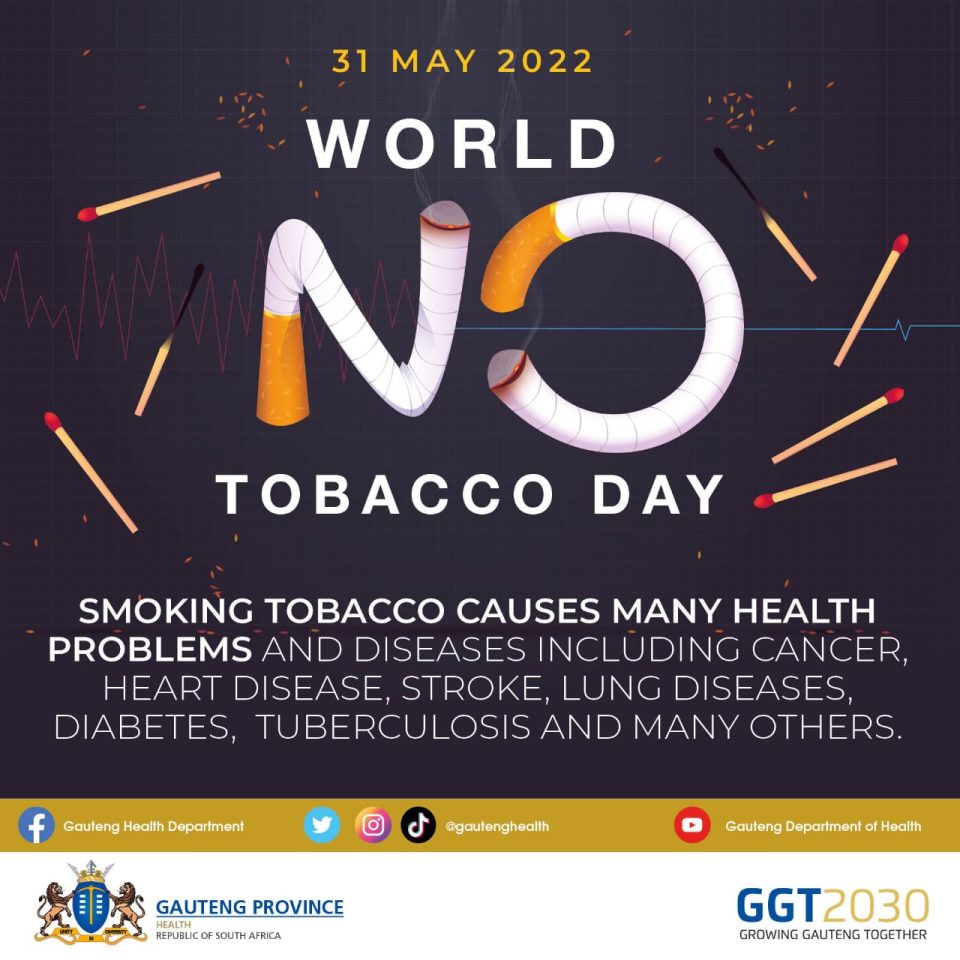 As part of the annual World Tobacco-Free World Day, Region F Environmental Health practitioners held a public education campaign at Wanderers Taxi Rank in the Joburg CBD on Tuesday, 31 May 2022.

According to the World Health Organisation (WHO), World No Tobacco day aims to educate the public about the dangers of tobacco use, tobacco companies’ business practices, and its efforts to fight tobacco addiction.

WHO members established World No Tobacco Day in 1987 to raise awareness about the global tobacco epidemic and the avoidable deaths and illnesses it causes.

The City of Johannesburg’s Health Department in Region F painted the taxi rank blue to raise awareness about the deadly and harmful effects of tobacco use among the community, commuters and hawkers.

This year’s World No Tobacco Day was held under the theme “Tobacco: Threat to our environment” and focused on the environmental and health harm caused by tobacco use throughout its lifecycle.

Sibusiso Mti, a City of Joburg Environmental Health Practitioner, said: “The campaign focuses on encouraging those who are smoking to quit and also to have an environment without smoking.”

For those who advocate smoking hookah, Mti said while they may initially believe it to be harmless, it will eventually have a negative impact on their health.

According to resident Roney Ratshipaladze, “tobacco smokers risk the lives and health of the smokers and their loved ones. People who smoke should put their loved ones first in their priorities as smoking affects all aspects of our lives.”

It is never too late or too early to quit. The earlier you quit, the sooner your health improves!

Quitting smoking has a number of advantages, including improved lung function, a healthier body, improved senses of smell and taste, increased energy, a reduced risk of lung and heart disease, and a reduced risk of cancer death compared to someone who has smoked their entire life.

Is climbing still just a fitness sport or an approach to life?

Why you need a cheering squad in your fitness journey