THE DAY REPLAYED – Hosts Russia could not have made a better start to the FIFA Confederations Cup, following up a spectacular opening ceremony with a 2-0 defeat of New Zealand in the opening match of the tournament. The win puts them top of Group A, with Mexico and Portugal – the other two teams in the section – due to face off on Sunday.

Played out under the warm St Petersburg sun, the afternoon began with a colourful and entertaining opening ceremony featuring a cast of 12 dancers and more than 2,000 artists.  It proved the perfect curtain-raiser for a match that served up no shortage of goalmouth action and kept both keepers busy.

Cheered on by a crowd of 50,251, the Russians made a strong start to the tournament, backing up their early dominance when Michael Boxall inadvertently turned in Denis Glushakov’s dinked effort on goal. Fedor Smolov added a second for the hosts after the restart, stabbing the ball home from inside the penalty area.

Smolov was named Budweiser Man of the Match, while New Zealand now have two unwanted Tournament of Champions records to their name, having gone 513 minutes without scoring in the competition and ten matches without winning. 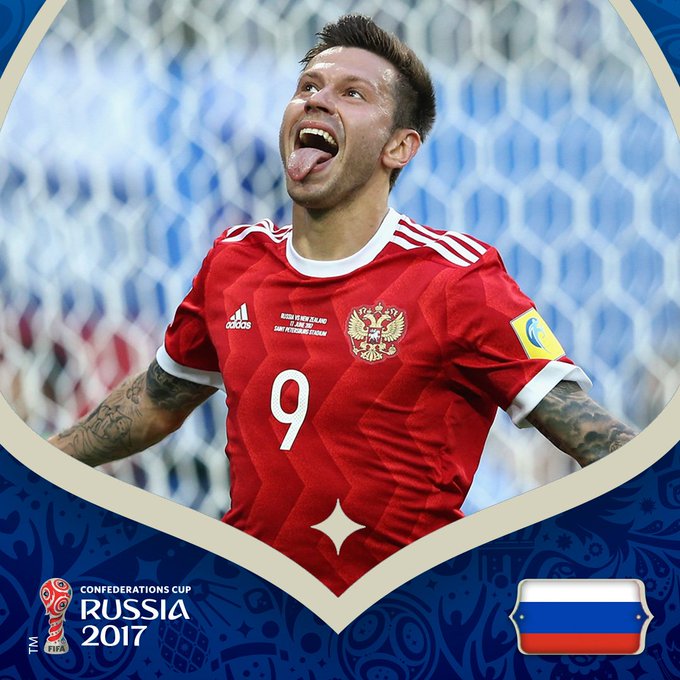