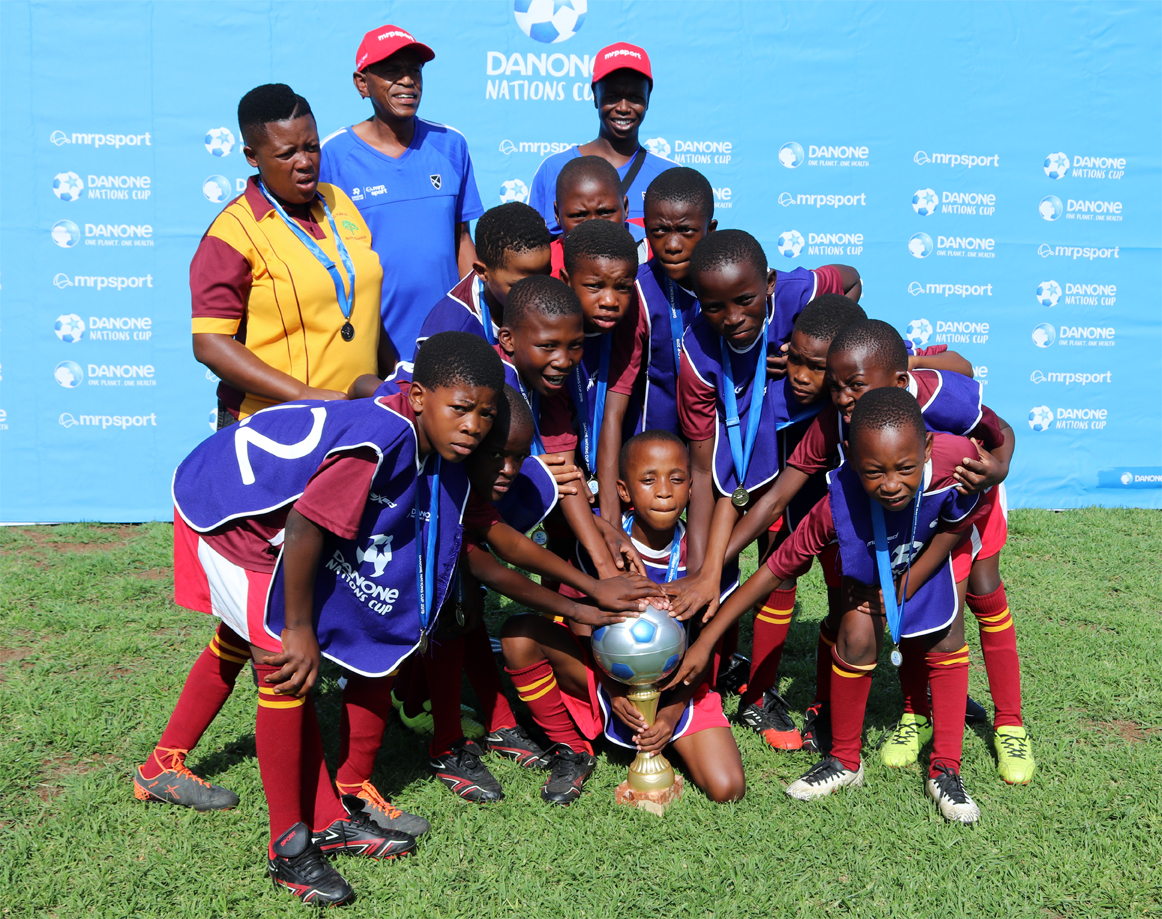 The Free State was the first province to hold their 2019 under-12 Danone Nations Cup soccer finals. Last weekend at Grey College, Bloemfontein, Maokeng Primary School from the Fezile Dabi region, near Kroonstad, emerged as the champions. The team will now start preparations for the national finals in Gauteng in June.

Coach, Hilda Malebelle, was speechless when the school beat Ntebohiseng Intermediate School 2 – 0 in the final match to clinch the title.  She was even more surprised when told that she will be taking the school to Gauteng to compete in the national finals.  “I love soccer and have played the game for most of my life and offered to coach the boys seven years ago when I was the cleaner at the school,” she said. “When I left the school last year I asked if I could continue to prepare the team for the Danone Nations Cup, but I had no idea that an element of the prize was competing in the national finals.  I also didn’t know that the ultimate winner would represent South Africa at the world finals in Barcelona.”

Maokeng is a well-organised, confident and skilful team and a well deserving winner on the day.  They won all their league games to get into the final and outclassed Ntebohiseng in the final match to lift the provincial trophy. 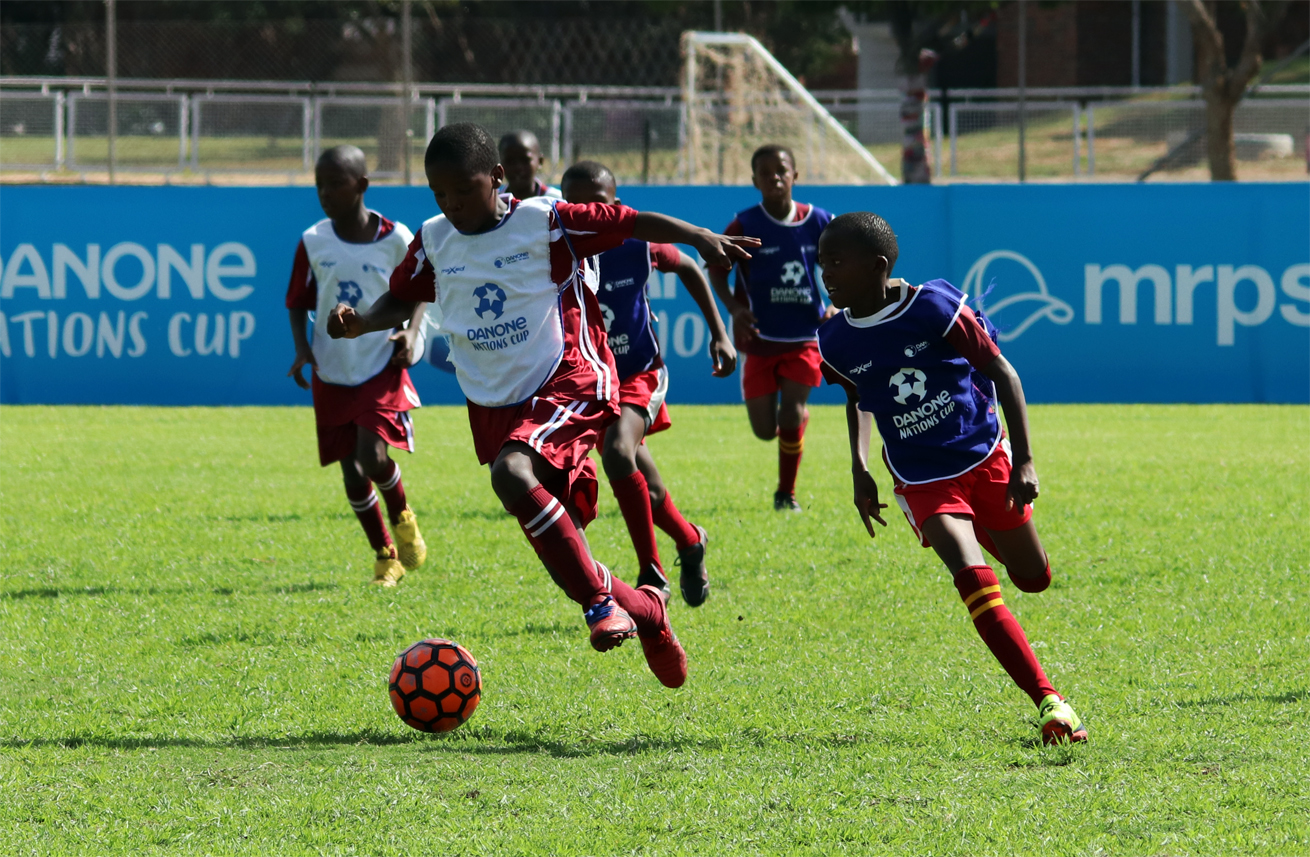 “We didn’t lose a game in our road to the national finals, but I have to say that the most challenging game we played this entire year was against the local Bloemfontein team, Lebelo Primary.  We finally beat them 3 – 1 but they played excellent soccer.  They played an attacking game and their passing was accurate and quick which kept my boys on their toes throughout the game,” Malebelle said. “Fortunately, we have an excellent striker, Tshepo Mega, who is the key player in the team, and he was able to stabilise the boys and keep them grounded and focused and we were able to counter attack and win the game.”

Malebelle brought in her ex club coach, Tebogo Goangae, to assist her in preparing the youngsters.  “Our team was well prepared for the provincials.  Tebogo helped us a lot in setting up friendly games and fine-tuning our game plan.  He taught the boys formations that worked well throughout the tournament.”

And now onto the national finals.  Malebelle said she will go back to the drawing board and put a plan together to prepare for taking on the other eight provinces.  “I will go back to the school and we will draw up a schedule of training and arrange more difficult friendly games with older age groups in preparation. I will ask Tebogo to keep helping us as he has an incredible understanding and knowledge of the game.”

The Northern Cape will host the next provincial final playoffs in Upington on 27th April.

“The Danone Nations Cup is the cup of dreams,” said Chantel Ehlers, Internal Communications, Danone Southern Africa.  “We congratulate Maokeng on this amazing achievement and the coach’s story is so inspiring, which is what our tournament is all about.  It is about playing football and changing the game, it is about believing in your dreams and uniting children irrespective of their backgrounds and cultures.  Further, the tournament slots into our new brand purpose, One Planet One Health which reflects our belief that the health of humankind and that of the planet are interlinked and both need to be protected and nurtured.”

Lebelo Primary School:  Motheo District (The coach of Lebelo, Olehile Moeti, competed in the Danone Nations Cup back in 2005 for Manchester Football Club based on Botshabelo)

Ajax hot on the heels of Stellenbosch