Soweto Derby fever will see fans Bring their Voice to the sold-out clash! 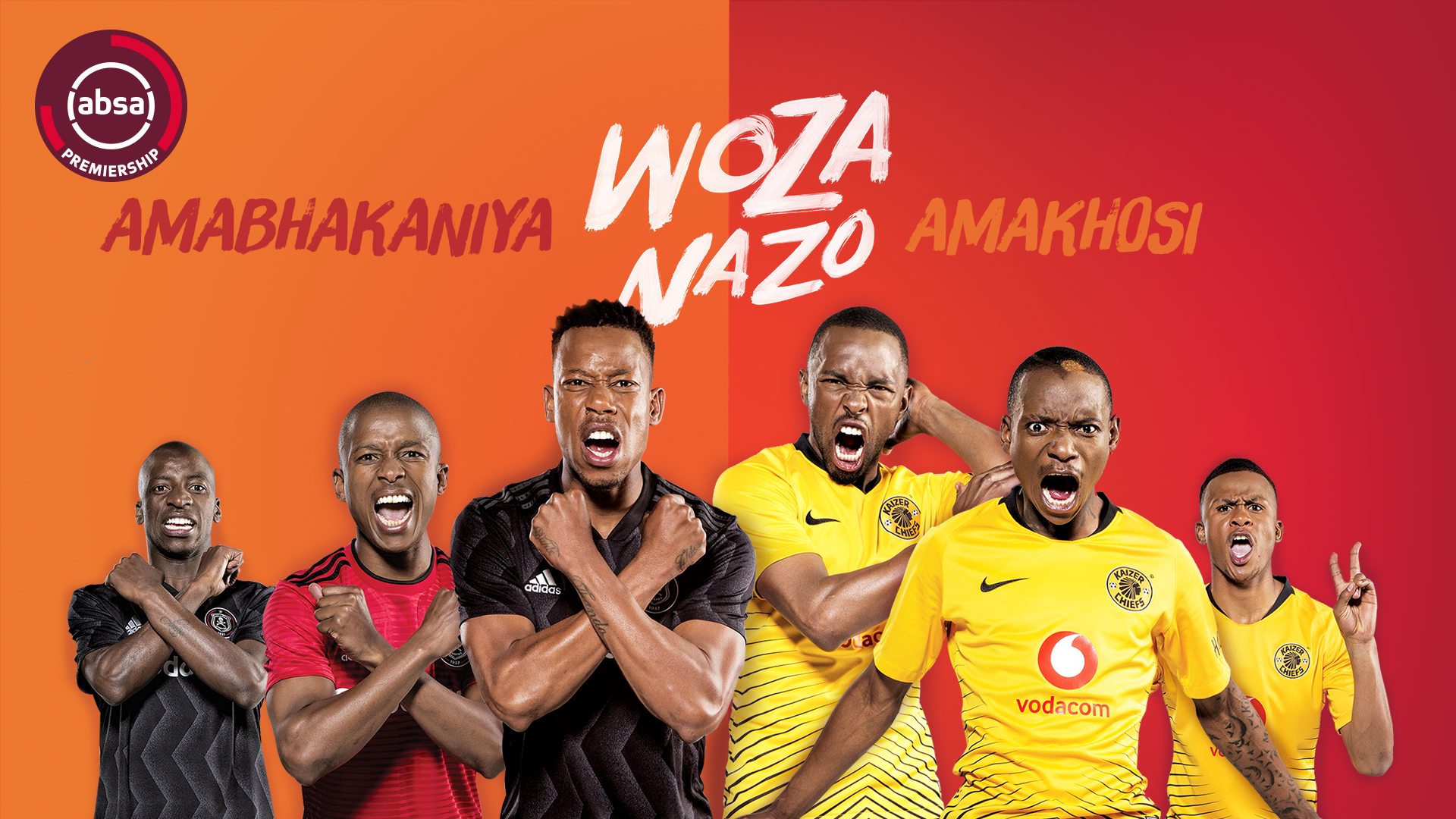 Johannesburg, Tuesday 23 October: Absa, title sponsors of the Absa Premiership, are giving fans another opportunity to Bring their Voice, this time to the Woza Nazo Soweto Derby.

Amakhosi were humbled by the Buccaneers in their last Absa Premiership clash back in March and are now facing the daunting prospect of playing against their rivals having not won in any of the Absa Premiership Soweto Derby fixtures, for the last four years.

For fans attending the match, there is always a great deal of pride as the two giants face off at the FNB stadium. With tickets selling out a week before the game, the clash has been billed as the biggest game of the season so far, owing to the rivalry between the two sets of fans and the two teams having continuously dished out entertaining, winning football since the start of the 2018/19 Absa Premiership season.

Absa will be using the Soweto Derby to continue to encourage fans to celebrate the wins, the spectacular goals and energy in the various stadiums across the country through ’Bring Your Voice’, which will be an opportunity for fans to express their Africanacity.  ‘Bring Your Voice’ captures in one short phrase the essence of South African football, which the fans have delivered on since the start of the season – the singing culture. Absa will be providing the passionate Absa Premiership soccer fans a platform that inspires and celebrates football in a truly South African way.

Absa will also be bringing fans the ultimate match day experience through the Woza Nazo Absa Red Zone. Two thousand soccer fans will get access to an exclusive area where there will be

entertainment, food, refreshments and Woza Nazo merchandise ahead of the match. The Absa Red Zone which will be located on the Soweto Highway side of the stadium, next to the Reavaya Bus station, will be open from 11am until 2:30pm.

Mtunzi Jonas, Head of Sponsorships at Absa said: “As Absa we have called on the fans to Bring their Voice and they have indeed heeded the call since the start of the season. Through our Absa Red Zone and our Kick for a Million competition, Absa is positively impacting football in South Africa. We are investing in the fans and giving them a reason to come back to the stadiums. The quality of football and goals scored since the start of the 2018/19 Absa Premiership has won the hearts of many fans across the country, as the league has seen an increase in stadium attendances. We look forward to a highly entertaining Soweto Derby”.