Inspection in loco is a rewarding exercise, says Parliamentarians 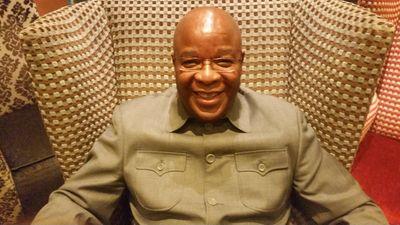 Mike Madlala is Deputy Chairperson of Committees at the Gauteng Legislature.

Doubting Thomas’s thinking that parliamentarians are just paid for everyday rhetoric speeches, to talk, bicker and debate  can now sit back introspect and think twice about this ill conceived perception.

In a drive to a broader understanding amongst other things, the economic challenges facing provinces, especially in dealing with the triple challenges of poverty, unemployment and inequality.

Ø  Engage with both National and Provincial Departments, public entities, Municipalities and to get a sense of the challenges faced bySMMEsin addressing poverty, unemployment and inequality.

This joint marathon oversight jaunt visited more than half a dozen sites to get a glimpse of challenges and success stories of state funded, controlled and private owned different organisations.

Alrode based Bi-Power Consortium, United Industrial Cables and Sam Tissues, in the Vaal were some of the the companies visited.

The delegation also did a spot check in government controlled Business hub for entrepreneurs in Mohlakeng, West Rand.

The delegation gathered first-hand information about challenges and success stories.

Two days later it was back to the Legislature for robust deliberations about their findings.

In an exclusive interview, this publication spoke to Deputy Chairperson of Committees, Mike Madlala.

He said this inspection in loco was normally done twice in a year and companies were chosen randomly.

Madlala also rationalized that, as parliamentarians they approve the budget for all the departments and government controlled entities, therefore its important for them to receive reports or see for themselves on how the budget was used.

“ Sometimes during these visits, we find other things done not according to our expectations. If we feel that they could have been done differently, we provide recommendations,” he explained.

He also revealedthat policy decisions are made in the Legislature and Parliament therefore it was imperative to inspect and see for themselves if these policies are correctly implemented.

Pressed further about the rating of their scope of work, he said, “We are winning, we are doing a sterling job. But there is still a room for improvement because governing is a continuous process,”Madlala said.

With buoyancy, Madlala told this reporter that the success story of this committee can be graded 8/10.