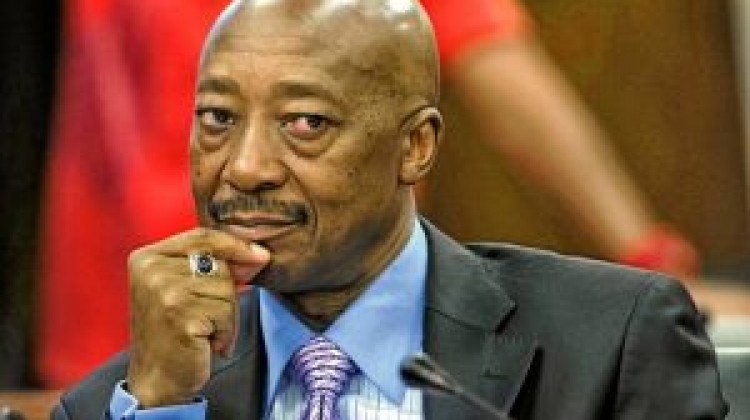 “This could totally destroy KPMG’s reputation in South Africa, especially as they were used because of their credibility,” said Nyami Booi, the ANC chief whip in parliament’s standing committee on public accounts (Scopa).

A source close to Scopa said the review might include the company’s report into the 783 criminal charges against President Jacob Zuma that have been haunting him for years.

“How do we know we can trust that report? The repercussions are huge,” the source told The Times.

“We want to hear their side of the story,” said Booi.

The committee wants to summon KPMG to testify before it in the first week of October.

“KPMG has been found to be on the wrong side before with the Treasury and its integrated financial management system [for which] they were paid nearly R5-million before they had completed their contractual work.

“All of this raises questions of trust. We believe KPMG will be interested in reassuring parliament that they are a worthy government partner.”

Booi said a decade of work KPMG had done for the government was now suspect.

“It’s not just one review. We will now have to go through every single report they have submitted on any and all government entities, including the Treasury, the auditor-general, SAA and SA Express airways.

We will now have to go through every single report they have submitted.

“Even the ratings agencies use them. They base their reviews, in part, on what auditors say about government entities.”

He said Scopa needed to know how many of KPMG’s reports for the government were legally sound.

“You are talking here about potential financial implications amounting to billions of rands. If these reports are questionable there will be consequences.”

Booi said the cabinet would have to get involved.

KPMG, which still insists that the body of its SARS “rogue unit” report is sound, said on Friday that it would repay the R23-million paid to it for its work done for SARS and apologised to former finance minister Pravin Gordhan.

SARS commissioner Tom Moyane, who used the report to justify laying criminal charges against Gordhan, is not impressed with KPMG’s about-turn. He told reporters he would do everything in his power to ensure that KPMG was blacklisted and held legally accountable.

“One has to ask why, when the final copy [of the report] was given to us in January 2016, they said nothing to us back then,” said Moyane.

SARS’s “rogue unit” allegedly bugged the offices of the National Prosecuting Authority to spy on Zuma when fraud, corruption and racketeering charges against him were being considered.

KPMG was mandated by Moyane to compile a report on the “rogue unit” as a third opinion after two similar reports by the Sikhakhane and Kroon commissions of inquiry.

The Sikhakhane inquiry, chaired by advocate Muzi Sikhakhane, found that the so-called rogue unit had operated covertly and recommended that a judicial commission of inquiry into its activities be set up.

The Kroon advisory committee was commissioned by Finance Minister Nhlanhla Nene to investigate allegations of fraud at SARS.

None of the executives of the unit – actually SARS’s high-risk investigation section, which included Ivan Pillay, Johann van Loggerenberg and Peter Richer – were interviewed by those heading the inquiries.

KPMG has drawn flak for its handling of the accounts of the Gupta family, its work being said to have contributed to the family securing multibillion-rand government contracts with state-owned entities.

The firm’s dealings with the Guptas have resulted in major multinational companies discontinuing the retention of its services. The latest to contemplate ending their relationship with KPMG are the Barclays Africa Group, Standard Bank, Nedbank and Investec.

Gordhan told Bloomberg news agency at the weekend that it was high time that business, “and especially professional firms such as KPMG, learned how to apologise properly and tell the whole truth.

“It must be remembered this was about attacking SARS as an institution, with the main intention being to capture it. SARS became a political project,” said Gordhan. –

HOW TO BETTER YOUR HUSTLE FOR A STRONGER 2021