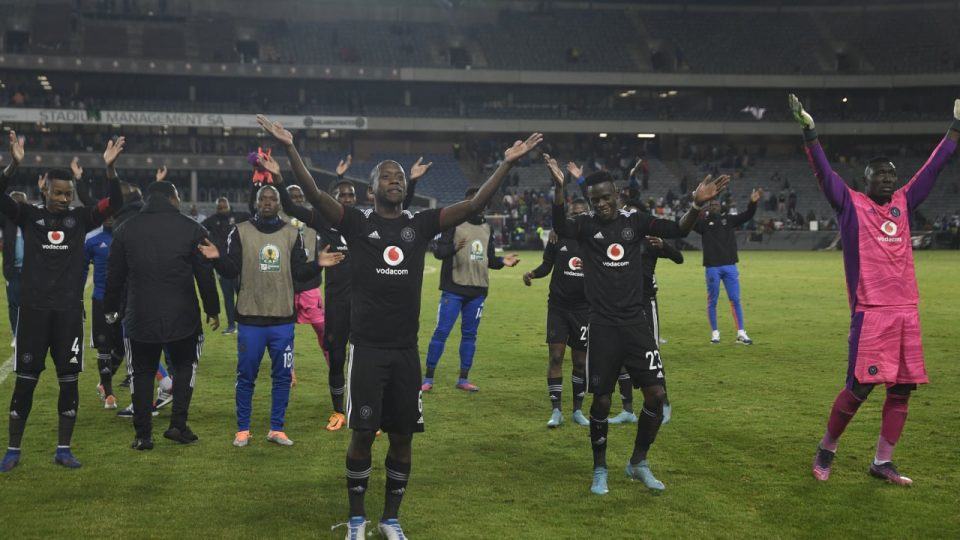 South African giants Orlando Pirates squeezed into the final of the TotalEnergies CAF Confederation Cup despite suffering a 1-0 defeat at home to Libyan outfit Al Ahli Tripoli in Johannesburg on Sunday.

Pirates went through with a 2-1 aggregate win having won 2-0 in the first leg played in Libya last weekend. Ali Abu Arqoub scored late for Tripoli, but it was never enough to conjure a comeback for the visit.

Coming into the tie, Tripoli needed a win of more than three goals to progress to the next round, having shipped in two goals in the first leg. They were off to a good start with offensive display and commanded possession in the opening 45 minutes.

Mohammad Abu Zurayq and Mahmoud Okashah both tried their efforts from long range with Ghanaian keeper Richard Ofori thwarting both with punching saves.

Tripoli thought they had been awarded a penalty midway through the half when Happy Jele was adjudged to have handled the ball inside the box, but the VAR came to Pirates’ rescue, overturning the decision.

The visitors came close again when Ofori made another good save to block Muayid Jaddour’s shot from range. The rebound fell on Saleh Al Taher, but he could not get a shot on target and skied the ball.

In the second half, Pirates started off on bullet pace and just seconds in, Kwame Peprah went through on goal, but his shot flew just wide, hitting the side netting.

The home side pushed on with the blistering start to the second half. Dean Hotto had two chances with freekicks, both flying wide.. However, towards the final quarter of the match, Ahli put in the pressure and at the stroke of 90 minutes scored through Arqoub to set up a tense finish.

They knew just one goal would send the game to penalties and they pushed in the Pirates half, but the home side just but managed to hold on to qualify for their second ever Confederation Cup final.

HIGHLANDS FIGHT BACK TO HOLD MARITZBURG