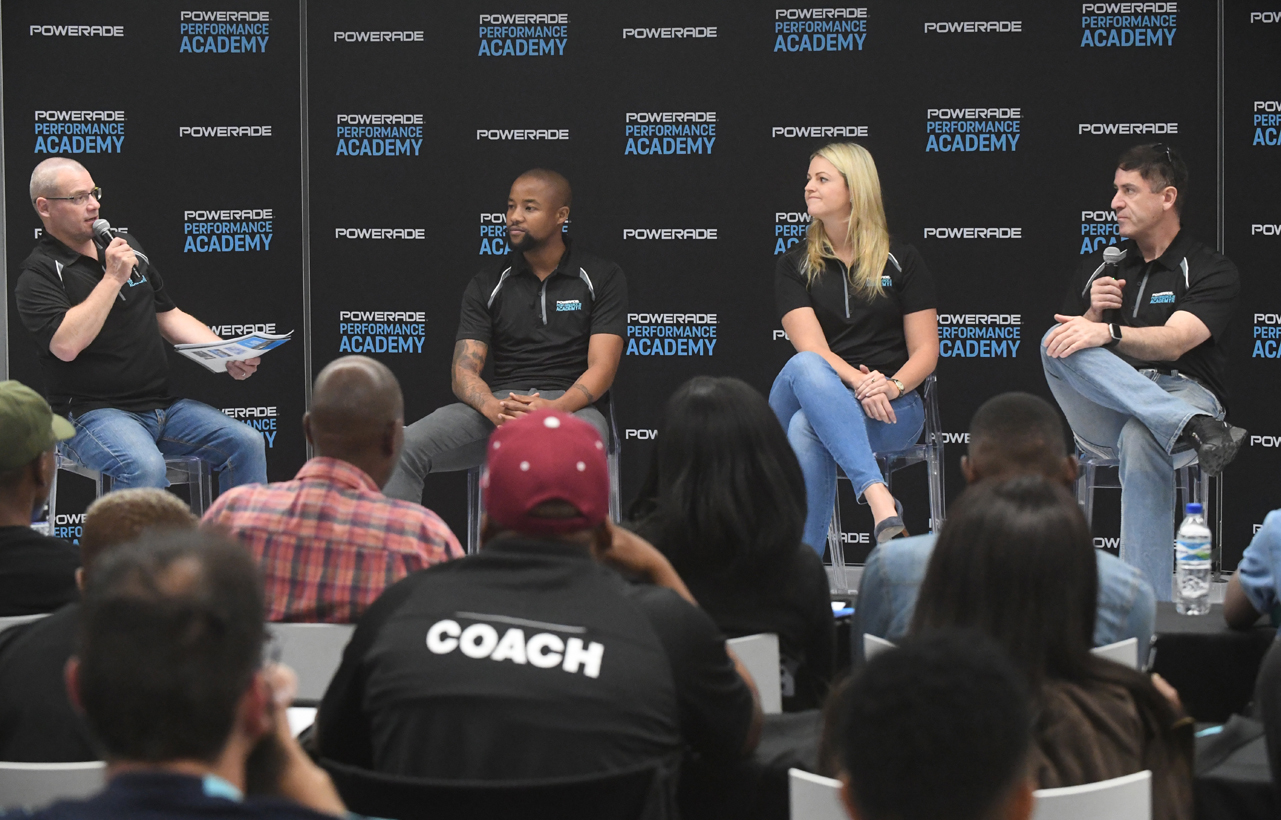 Dozens of Powerade coaches were empowered and turbo charged during one of the final leg of the Powerade Perfomance Academies  held  at Coca Cola house in Rosebank, Johannesburg.

Speaker after Speaker spoke at length and gave valuable opinion and tips to the packed house. 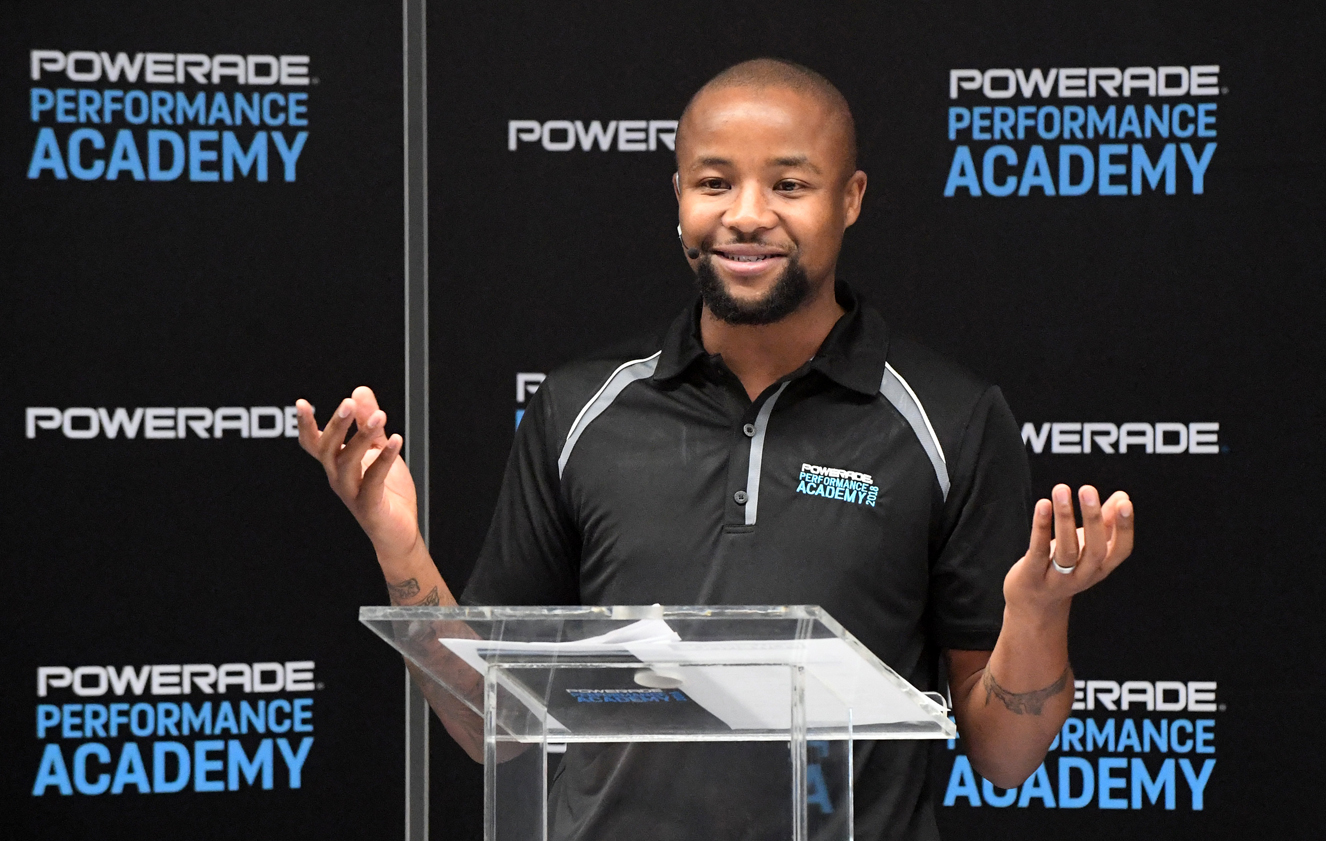 The experts that concluded the Johannesburg leg of the academy were Orlando Pirates Assistant Coach, Rhulani Mokwena, Emma Sadlier, Social Media Law Specialist; Andrew Horton a Management Training Expert as well as Iain Shippey who is a Sports Perfomance Coach.

Organizers say, since the start of the year, Powerade embarked on a campaign to celebrate Everyday Coaches across the country.

The campaign saw ordinary coaches that go on to do extraordinary being recognized for the efforts in playing a part in developing young talent that goes on to do achieve on world stages.

They further revealed that, Powerade continues to find ways to innovate and support born sportsmen‘s progression of active goals and maintain its commitment to young South African sportsmen and sportswomen by providing them with necessary platforms to achieve their ultimate goals.

It was also revealed that In line with this commitment , Powerade aims much of its efforts on high school coaches in recognition of their role as primary influences of the next generation of South Africa’s sporting heroes.

Puso Makume, Powerade Sponsorship Manager is on record saying that 2018 was an incredible year of empowerment for school coaches.

“As Powerade , we are committed to driving  coaching evolution in the country ensuring that born sportsmen are introduced to the science of correct training and benefits of proper hydration . We would like to assist in keeping sports enthusiasts always forward and with this Powerade Academy we aim to create a path to an effective evolution for school sports.”

Shippey spoke at length about process, focus and control arguing that these three related critical topics plays a vital role in today’s sports. 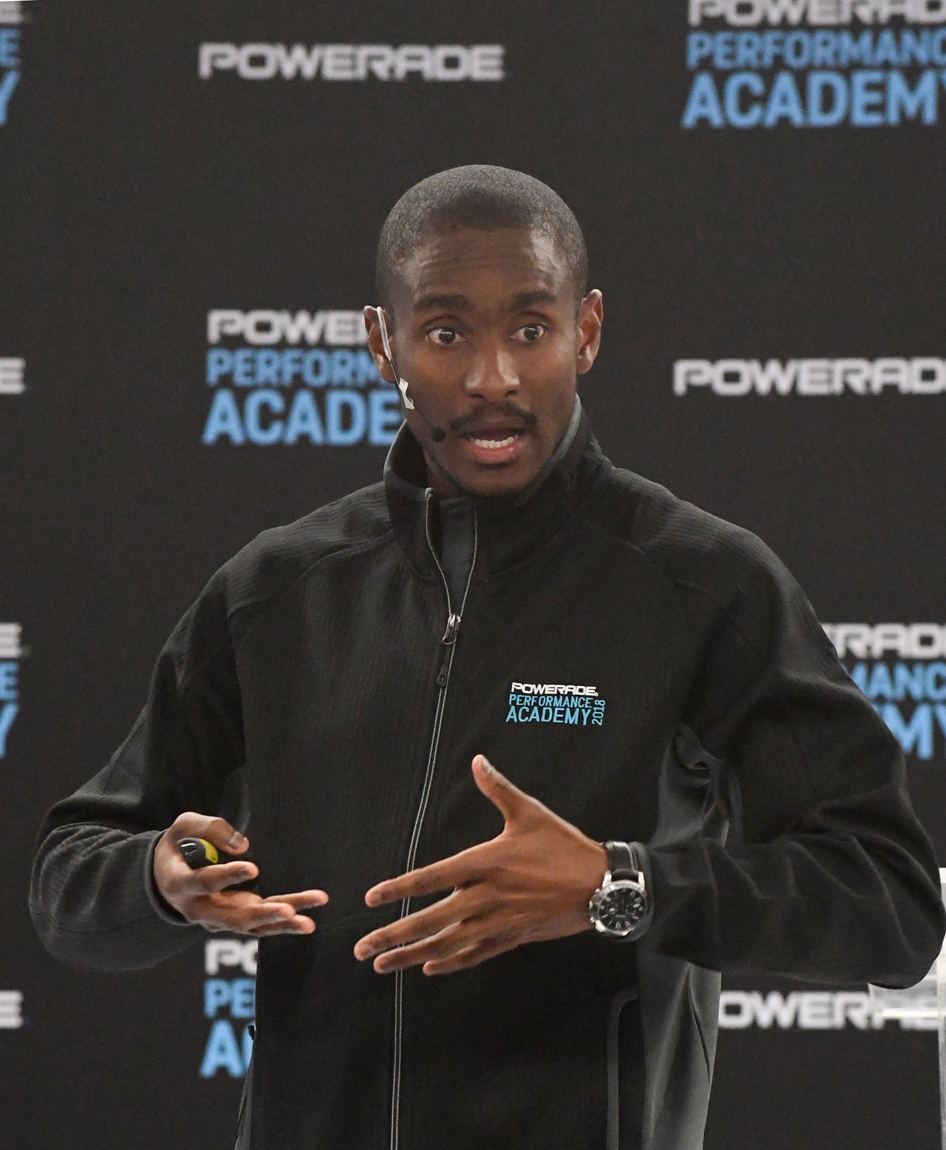 Mokwena delivered a key note address and told the packed coaches that they need psychologists because they manage athletes in return they need to be managed.

His main focus on the day was ‘Human centric coaching philosophy’.

“Working your coaching approach involves putting the human being before dealing with the athlete,” He said.

His main punchy message for the coaches was “Be authentic and be yourself.”

He also advised them to honour their craft diligently.

On the sidelines this reporter spoke to two coaches .

Sandiso Maqashalala, a coach at Rand Private School, said, “ I gained a wealth of knowledge and mental fitness on how to prepare my athletes.”