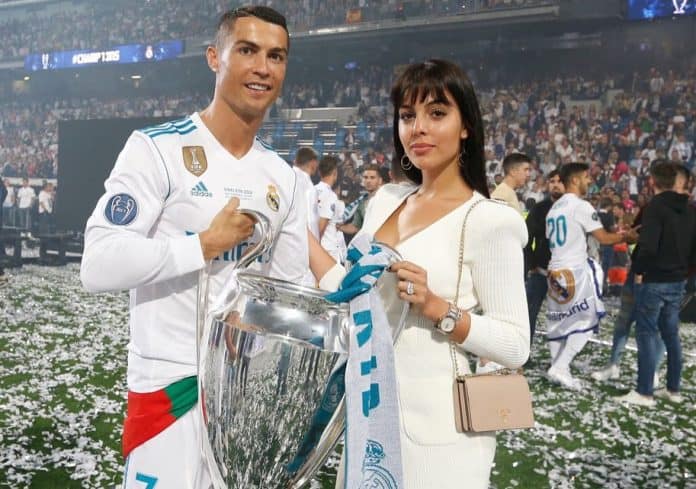 Georgina Rodriguez is the girlfriend of Cristiano Ronaldo and mother of his most recent child. With the FIFA World Cup finally underway, we thought we would put the focus on her a little. Sure, her bae is incredible, but she has had tons of her own success.

We put together five of our favourite Georgina Rodriguez facts to help you get to know the Queen of Ronaldo’s heart.

Rodriguez is originally from the northeastern Spanish city of Jaca. the town is absolutely tiny and has a population of just 13 000. At around 450km from Spain’s capital city, Madrid, the town is also close to the French border.

Her Spanish heritage seems to go out the window when it comes to backing her man, though. Quite a bit of debate took place in the comments section after she took to Instagram to post a photo showing her support for Portugal.

Portugal’s first game of the World Cup is against Spain.

From Dolce & Gabbana to a superstar child

While the couple has never gone into the details about how they met, people in the know say that Ronaldo met Rodriguez in the VIP section of a Dolce & Gabbana event in Madrid.

This was back in 2016 when the pair started getting spotted on a few dates. In November of that year, Ronaldo attempted to disguise themselves as the couple visited Disneyland Paris.

Quite the age gap

While age is often seen as just a number, it’s worth noting that at just 22-years-old, Rodriguez is 11 years younger than Ronaldo.

In terms of sports, Ronaldo is said to have a younger metabolic age than he actually is. This means his body is still stronger than it should be. We’re not even talking about his incredible gym work, CR7 defies age, just like he defies his critics.

That metabolic age should come in handy when this couple starts reaching their more senior years.

After working as a waitress in Jaca, Rodriguez studied dance in her home country before deciding to change things up and move to London. Once she settled in the capital, she began studying English.

She ended up in Madrid, though, as she worked at the Gucci store. It’s that job that got her into the Dolce & Gabbana event where she met Ronaldo.

Since dating Ronaldo, Rodriguez now takes on various modelling jobs and campaigns. She currently has a whopping 5.4m Instagram followers.

Ronaldo’s fame caused her to lose her job

While her relationship with the Real Madrid star was progressing, the Spaniard continued her work in retail at a new Prada store.

That eventually turned out to be an impossible task as paparazzi would surround the building. The flashing cameras also led to more fans than customers camping outside the store and trying to talk to the newly famous retail worker.

Rodriguez eventually had no choice but to leave her job as journalists would pretend to be customers to talk to her. The next day, new articles would appear in the various tabloid newspapers.

While their relationship is still relatively new, Rodriguez has only ever been described warmly by people that knew or worked with her.  Ronaldo might be a top talent, but he seems to have gotten a proper catch here.