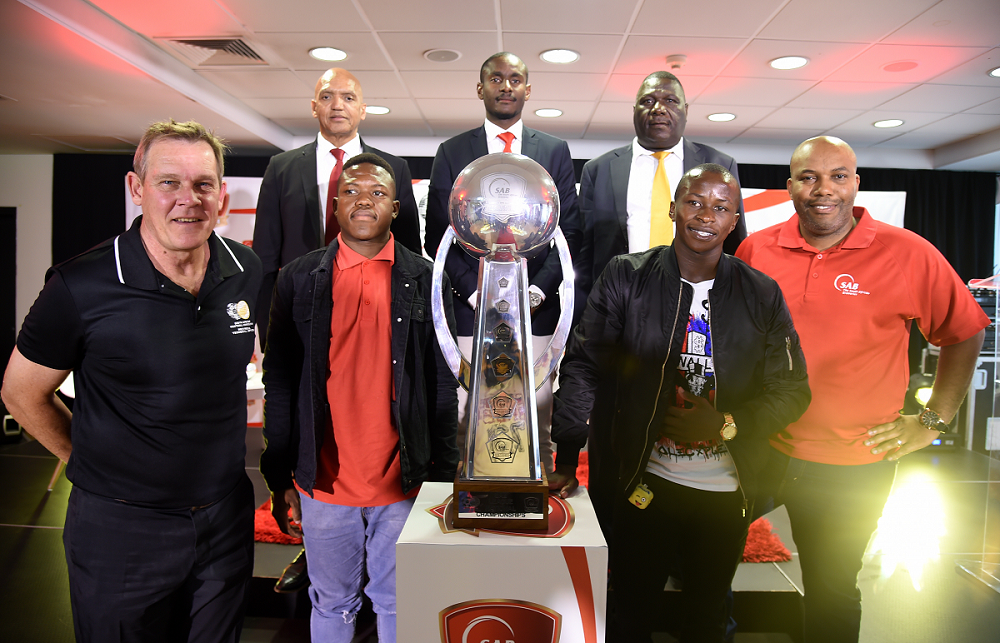 Durban: – As the football community gears up for the culmination of South Africa’s largest and most successful grassroots football development league, Kwa-Zulu Natal is ready to play host to the much-anticipated SAB League U21 National Championships. The tournament will be played at the King Zwelithini Stadium, Umlazi from the 17th to the 22nd of July 2018.

The SAB League National Championships pit nine provincial teams as well as a university select side, University Sport South Africa (USSA) against one another in a display of the finest grassroots football the country has on offer.

Having established itself as a hub for the identification of players in South Africa, players such as the 2017/18 Premier Soccer League footballer of the season – Percy Tau and the young player of the season, Siphesihle Ndlovu are both products of the SAB League. In addition to playing the SAB League for a number of years, the 21-year-old Ndlovu was part of the 2016 group of students who underwent a one-day training workshop at the SAB League Footballers 4 Life wellness and financial skills camp where he successfully completed the workshop and gained a completion certificate.

Ndlovu who was in attendance at the launch of the National Championships held at the Moses Mabhida Stadium, shared his journey about the SAB League and how it shaped him into the player he is today: “I can never emphasize just how impactful the SAB League has been in my life. Growing up, a huge amount of importance was placed on development in South Africa, it was rare to have initiatives which focused on other aspects of the game. I consider myself fortunate to have been able to interact with the sport in a different way through the administration course. The workshop gave me a deeper understanding of the sport from the front, as well as behind the scenes and I applaud both SAB and SAFA for giving young players like myself an opportunity to understand what takes place beyond the football pitch.” said the Maritzburg United midfielder .

Ndlovu’s words were echoed by one of South Africa’s most influential young coaches, Orlando Pirates Assistant Coach Rhulani Mokwena who expressed his delight at football programmes which equip all stakeholders for life outside of football: “It is impressive that the SAB League is not solely about the development of players and develops across the football structures. To sit here as a coach, in a panel made up of administrators, players and match officials who have all been developed under the same programme demonstrates just how well structured and advanced the SAB League is. I have coached some exceptional players under the League and with the ongoing innovation taking place, it is amazing to see the huge impact that the SAB League has on our football.” concluded Mokwena.

AB-InBev’s Better World Project Manager, Kalashni Narainsamy expressed the brand’s delight at the success of the 2017/2018 SAB League season: “This has been an exceptional year for the SAB League and it is truly exciting to have the National Championships being played out in a football loving city such as Durban. This season has proven the two-decade long effectiveness of our proud partnership with SAFA. The season was off to a great start with Kit handovers that managed to reach all our 52 regions and changing the lives of over 30 000 players nationwide. We held various Skills Camps for Coaches and Match officials at the beginning of the year and are now looking forward to the ongoing league fixtures culminating into the upcoming National Championships. “said Narainsamy.

The 2017 Championship was nothing short of action, as Gauteng province beat the 2016 champions, University Sport South Africa (USSA). It was during this season of the U21 National Championships were then 21-year old Yusuf Bunting bagged a first team contract with Soweto Giants Kaizer Chiefs, following an outstanding performance from the pacey player.

SAFA Chief Executive Officer, Dennis Mumble further encouraged the players to use the platform to their full advantage: “It is through the SAB League that we have future Bafana Bafana stars like Siphesihle Ndlovu and I would like to encourage the players and coaches alike, to use this once in a lifetime opportunity to their full advantage in hopes of adding competent individuals to our football structures.” said Mumble.