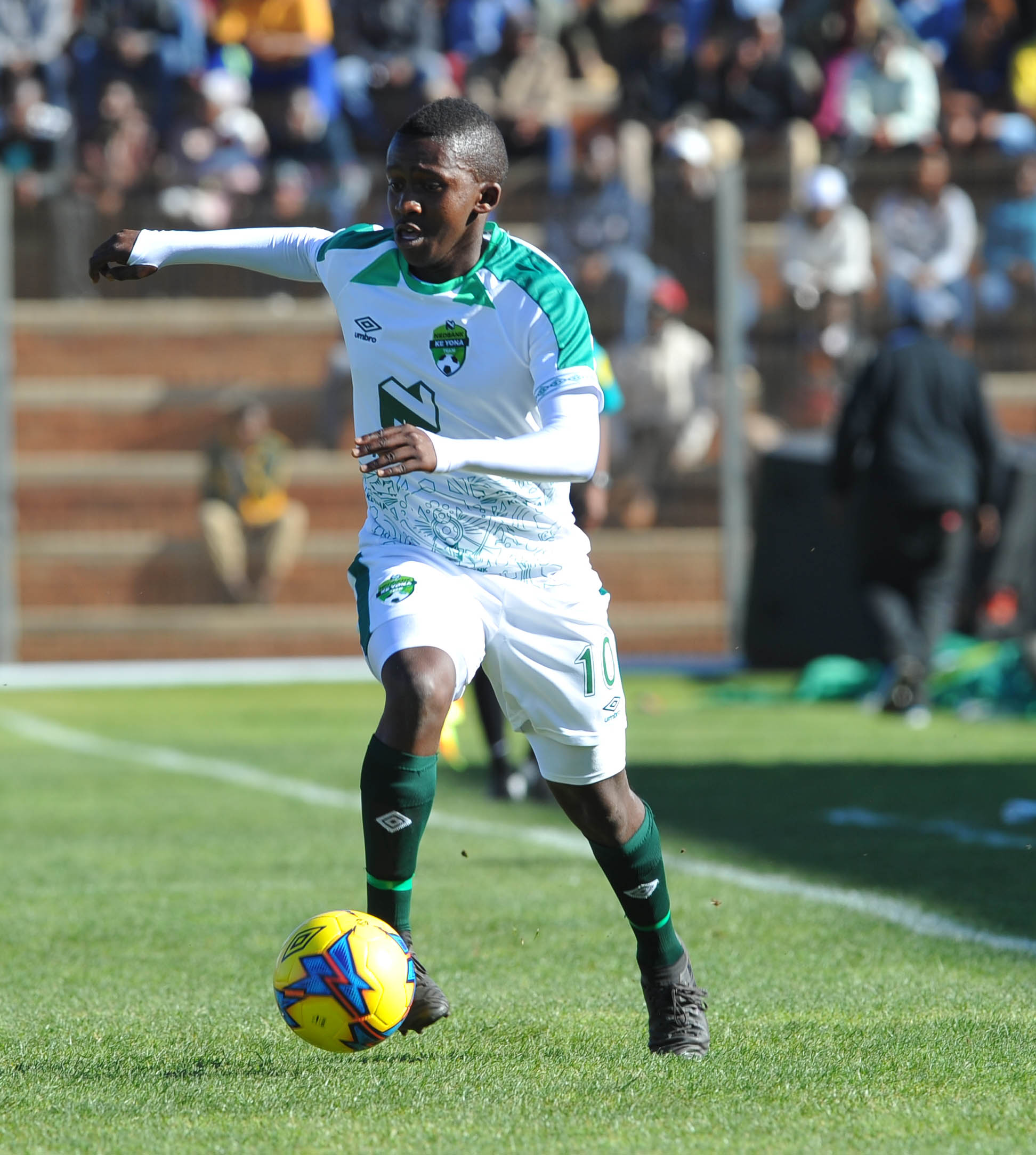 2018 Nedbank Ke Yona Challenge Man of the match and goal scorer Lunathi Mdatyulwa has successfully signed a three-year professional contract with Eastern Cape based Premier Soccer League (PSL) club Chippa United FC. Following the start of the 2018 Ke Yona draft process, the final 16 players who took on last seasons Nedbank Cup Champions Free State Stars are each spending up to a month with the respective Premier Soccer League clubs. Trials with the clubs began less than a month ago and 22 year-old Mdatyulwa became the first player to pen a deal.

During the 2018 Nedbank Ke Yona Challenge against Free State Stars, “Lulu” as he is often referred to by his teammates, was at the heart of the team’s attack, scoring a stunner of a goal to level matters against a much experienced Ea Lla Koto side. His ability to read the game, propel the team to attack and his sharp eye for goal earned him much praise and the honour of being selected as Man Of The Match.

Post the announcement of his contract deal, an excited Mdatyulwa excitedly wrote a message of thanks to The Money Experts Who Do Good which stated: “I just want to say thanks to Nedbank for giving me a lifetime opportunity like this one. For me it is a life changing opportunity which I will grab with both hands.” Wrote Mdatyulwa, “It was not easy getting back to the level where I always knew I belonged, which is part of a professional team” . The player went on to thank his family, older brother Zola Mcaciso for not giving up on him and his mentor whom he refers to as his father. He further reiterated, “ this is the beginning of a new chapter, the best is yet to come, but it will take hard work, respect, dedication and for me to always be humble”. The Hout Bay born youngster ended his note by thanking the Ke Yona technical team consisting of  great coaches and management – “I’ve simply learnt a lot from them’.

Mdatyulwa’s inspirational tale to success is one of hard work, dedication and passion for the beautiful game of football. At the tender age of just twenty-two, the pacey attacking midfielder has featured for the development sides of Ajax Cape Town, Mamelodi Sundowns and Cape Town City. Whilst his talent remained unquestionable, as with most talented youngsters in South Africa, challenges off the pitch tampered with his success. Through his participation in the 2018 Nedbank Ke Yona Team Search, Lulu gained valuable life skills as well as financial skills, which will assist him in his professional career moving forward.

Nedbank’s Sponsorship manager for football properties, Tutu Ntuli congratulated the player saying: “We are extremely proud and excited for Lunathi. He is a very skillful player and proves that there is plenty of talent to be unearthed in the country. The Ke Yona Team Draft is Nedbank’s way of exposing such talent to the correct structures within football. Following intense months of being mentored by the best and playing against the Nedbank Cup champions, the Draft gives these youngsters a platform to further showcase their talent and hopefully sign for a professional team. Lunathi worked hard and we wish him all of the best, we trust that his move will encourage the other graduates on trial to do their best as they have the potential to score professional contracts.” concluded Ntuli.