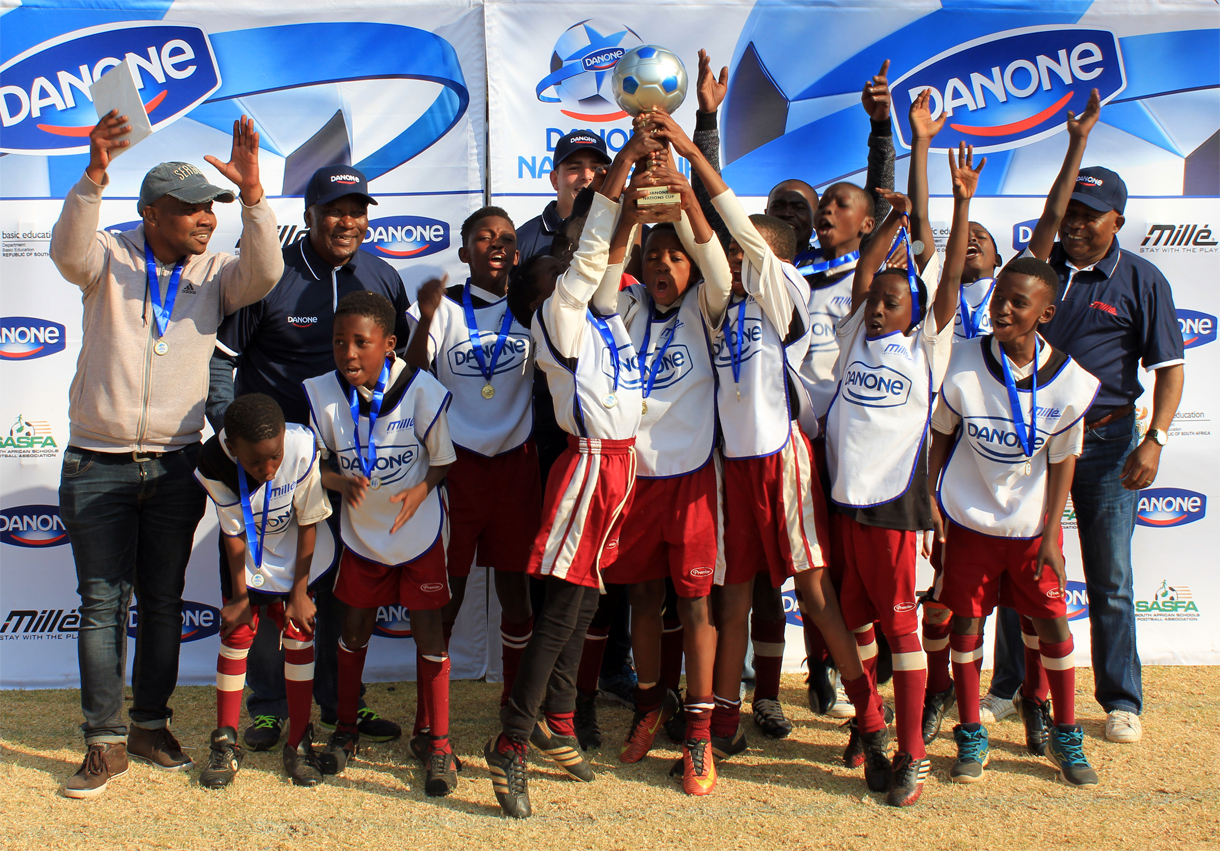 Zamukhanyo Primary School, based in Etwatwa Township on the East Rand, represented Gauteng in the 2018 Danone Nations Cup national soccer finals and they were one of the first schools from the province to register for a second chance to compete in Barcelona later this year.

This year will see the 20th edition of the tournament taking place, which coincides with Group Danone’s 100th birthday. To mark this major milestone the 2018 and 2019 editions of the tournament will take place as a double-header in Spain, the country where Danone started.

Coach Sibonelo Mfeka entered Zamukhanya into the Danone Nations Cup for the first time in 2018 and to his delight they reached the national finals. They did not win, however, and are hoping to emulate their success of last year – and take it a step further and be the team to represent the country in the 2019 world final.

“Competing in the Danone Nations Cup last year was an amazing experience for the team and myself,” he said. “I soon realised that this prestigious tournament was great fun, highly competitive, inspiring, a massive learning curve in terms of football skills and I was surprised at the high standard of football played.

“The sport is evolving and I believe that South Africa will one day be a country to be reckoned with. Schools take the sport seriously and there is a drive to improve skills at this level.” 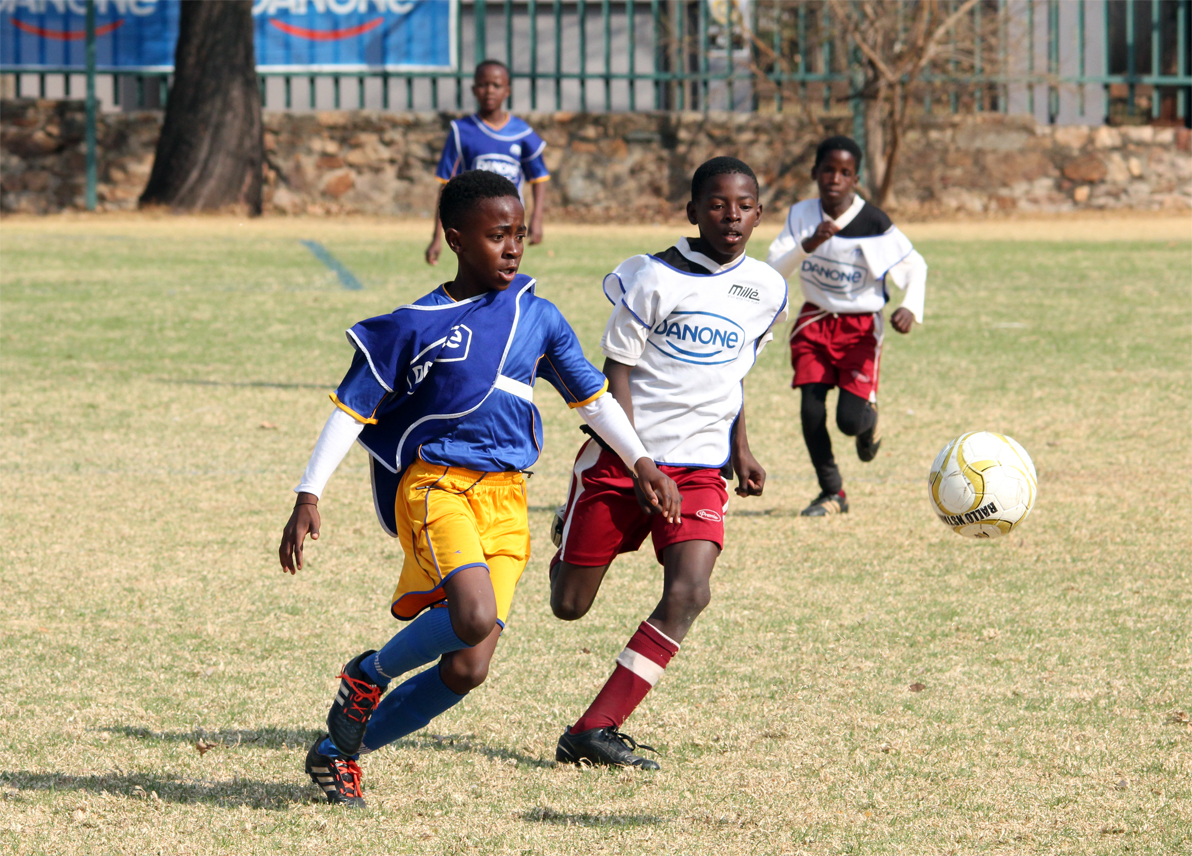 Zamukhanyo is a no-fee school attracting students from the informal settlements and rural areas around Ekurhuleni. “As we rely on the Department of Basic Education so much, we do not have excess funding to be able to play on a good field. This is a challenge, so we are going to try and get assistance in levelling the field and I can prepare the boys better.”

Mfeka is holding trials to pick the strongest team possible for the upcoming challenge although he does have eight players from 2018 that are still eligible to play this year. “Experience is important and having some of the players who performed so well back in the team will be helpful,” he said. “I have also asked fellow educators who have knowledge of the game to come and help me. Further, I have registered for the SAFA Level 1 certificate which I will complete in March. The course focuses on the youth and I know this will help me prepare better.”

A key player back in the team this year is captain and striker, Siyabonga “Mshini” Msimango.  “He is a talented young boy who is motivated, listens to instructions and is always focused,” said coach Mfeka. “He communicates well with the team on the field and he will be a key player this year. He will also help to settle the newcomers in quickly and effectively.”

Mfeka believes he works well with his team. “I am professional and although I have very little coaching experience and have never played the game at a high level, maintaining a strong level of respect, trust and hard work are important attributes to instil into the youngsters. I believe those helped me last year and can do the same this year as well.”

Mfeka is keeping a close eye on the schools in his area to gauge their competition at the cluster level. He will stick to the same tactics he used in 2018 but will focus more on the emotional development of the players as he believes they need to feel confident to face whatever challenges they might encounter. “We must be able to deal with different styles of play and not feel the pressure if we find ourselves a goal down,” he said.

Games will kick-off at cluster level in March culminating in the national final to be held, at a venue to be decided, in June or July.  The World Finals are expected to take place in early October (dates to be confirmed).

“Health and nutrition are at the heart of Danone and we have made it our mission to bring health through food to as many people as possible. To positively impact on the health of our people, we acknowledge that exercise is as important as eating well and so we have invested in soccer, the biggest sport in the country, to assist us in achieving our goals,” said Chantel Ehlers, Internal Communications Manager, Danone Southern Africa.

Schools can register for the competition by contacting the national coordinator at the SA Schools Football Association (SASFA), Themba Tshabalala, thembatshabalala@saschoolsfa.co.za or on 011 403 2844, 084 290 0602 or 072 588 4957. Alternatively, they can visit the Danone Nations Cup South Africa Facebook page or go to www.facebook.com/dncsouthafrica to download the necessary documents. Registration documents are also available on www.danone.co.za.

BUCS EASE PAST CHIPPA, SURGE TO THE TOP