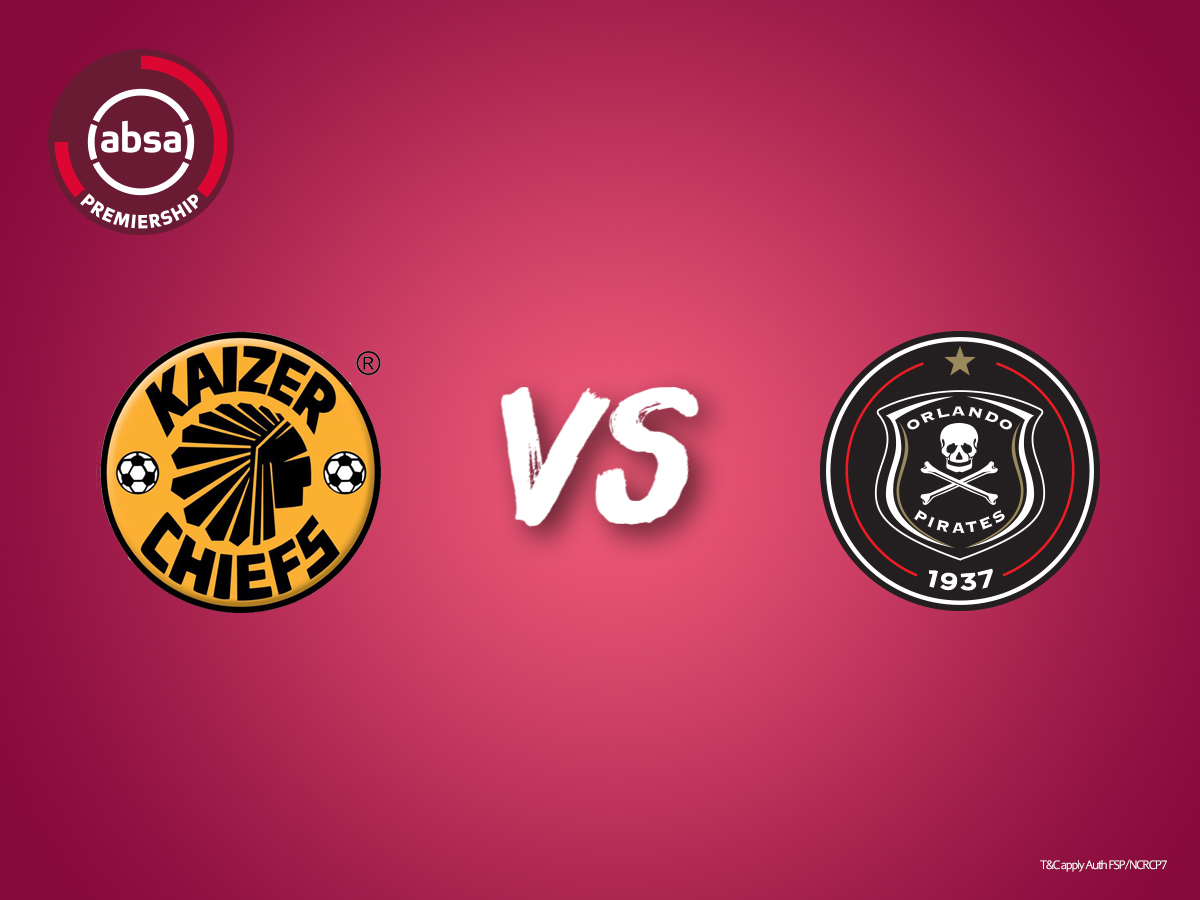 Johannesburg, Tuesday 5 February: Orlando Pirates, who are chasing their first Absa Premiership title since the 2011/12 season, have a great chance of eliminating their long-time rivals Kaizer Chiefs in the thrilling title race when the Soweto Derby clash takes place at the FNB Stadium on Saturday.

With no easy matches left in the second round of the Absa Premiership, every match has become critically important, leaving little margin for error.  A Soweto Derby win will go a long way for the visiting Buccaneers; who are five points ahead and three positions above Amakhosi on the log standings.

The hosts on the other end, Chiefs, will be looking to end their winless run against Pirates dating back to December 2014, already their longest streak without success since the Soweto Derby was first played in 1970. A win for Amakhosi will see the “Glamour Boys” still in the running to be the 2018/2019 Absa Premiership champions.

Mtunzi Jonas, Absa Head of Sponsorships said: “We’re in the second half of the Absa Premiership campaign with some teams rallying up to win the championship and some to remain in top flight football. The Soweto Derby will be no different with both sides seeking to win the title. We encourage fans to Bring Their Voice now more than ever! As the pressure mounts on the teams, Absa will still be there every step of the way to ensure we provide soccer fans with unique and life-changing experiences as they bring their passion, song and dance on the grandstands.

“Through our Absa Red Zone and Kick-For-A-Million competition, Absa is positively impacting football in South Africa. We are investing in the fans and giving them a reason to come back to the stadiums. The quality of football and goals scored in the first round of the season has won the hearts of many fans across the country. We look forward to a highly entertaining Soweto Derby.”

To kick-off the build-up to the most anticipated match on the African continent, Absa, title sponsors of the Absa Premiership, will be rolling out two roadshows in Soweto, with the first taking place at the South West Gauteng College in Molapo on Thursday 7 February (11am-1pm) and at Southgate Mall on Friday, 8 February (3pm-5pm). Football fans, students and the community of Soweto will have an opportunity to meet legends of both teams, take photographs with the sought-after Absa Premiership trophy, win Absa Red Zone tickets to the Soweto Derby, as well as win Woza Nazo merchandise.

In addition, the Soweto Derby will see the league sponsors secure the 7th finalist of the Kick-For-A-Million competition, the consumer competition which continues to change soccer fans lives since its inception last season.

Fans can also pop into Absa Branches between Tuesday, 5 February and Thursday, 7 February 2019.  They will need to open a transactional account and can stand a chance to win tickets to the Soweto Derby.

First come first serve rule will be applied, while tickets are available. Branches that are fans go to:

Africanacity is the creative expression of the new Absa brand. It is a way of doing things that’s unique to the African continent; meeting every challenge with tenacity, positivity and creativity.

Bring Your Voice captures in one short phrase the essence of South African football, which the fans have delivered on since the start of the season – the singing culture. Absa will be providing the passionate Absa Premiership soccer fans a platform that inspires and celebrates football in a truly South African way.

Kick for a Million – on match day, six fans will be chosen ahead of the start of the game at the stadium to kick against an Absa Premiership legendary goalkeeper in a sudden death competition until there is only one winner. At the end of the contest, each runner up will receive R1, 000. The winner of the round will take home R5, 000 and automatically become a finalist to Kick for a Million at the trophy handover match at the end of the season in May 2019.