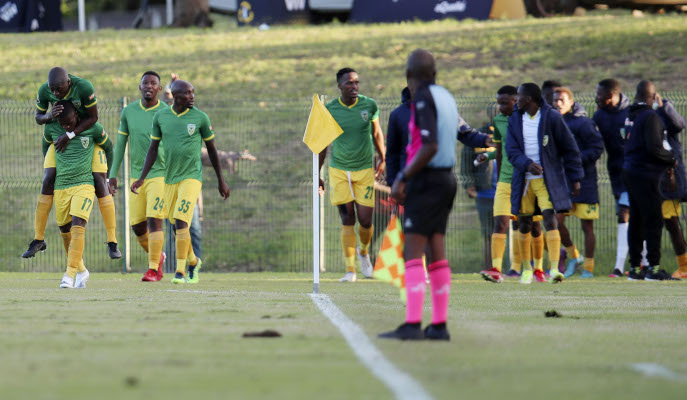 The result, secured by goals from Siboniso Conco and Michael Gumede, sees Abafana Bes’thende complete a league ‘double’ over the Soweto giants (for the first time ever) after a 1-0 win at FNB Stadium last month.

Arrows stay in ninth place on the log, but only goal difference has them outside of the top half of the table.

As for the Amakhosi, who opened the scoring through Khama Billiat, this defeat means they have gone four league matches without a win and remain in fourth place.

The first hint of a goal came from Chiefs in the 11th minute, with Nkosingiphile Ngcobo managing to free Khama Billiat on the right of the penalty area, but the attacker struck a shot wide of Arrows goalkeeper Sifiso Mlungwana’s right-hand post.

However, the Zimbabwean adjusted his radar and swept a shot past the ‘keeper in the 18th minute to put the visitors 1-0 up.

Billiat’s shot finished off a sweeping attack from one end of the field to the other, and featured a smart assist from Leonard Castro.

Arrows responded well to going behind and gradually built an attacking rhythm, with their first shot on target a rasping volley from Saziso Magawana in the 29th minute, though his effort was straight at Chiefs goalkeeper Brandon Peterson.

The hosts opted for an attacking change a few minutes after the half-hour mark, as Siboniso Conco replaced Sbonelo Cele, while striker Knox Mutizwa also sent a snap shot wide shortly before the interval.

Billiat had a chance to double Chiefs’ advantage five minutes into the second half, running onto a clever through ball from Keagan Dolly, but from a tight angle he pulled his shot across the face of goal.

Arrows then claimed an equaliser on the hour mark, with Conco doing great work to pressure Chiefs defender Njabulo Ngcobo, intercept his attempted pass out from the back and power into the box before forcing an effort beyond Peterson for 1-1.Ngcobo was soon replaced by Daniel Cardoso, with the subbed player clearly upset at his removal from the game, though Chiefs co-coaches Arthur Zwane and Dillon Sheppard felt the need to shore up their defence against a growing threat from the likes of Conco and Magawana.

Chiefs almost reclaimed the lead on 83 minutes, with Thabani Zuke’s clearance rebounding off Dumisani Zuma and travelling on target, but Mlungwana was sharp enough to make the save.

Abafana Bes’thende then struck the decisive blow in the 87th minute, with Nduduzo Sibiya whipping in a free kick from the right which was glanced home at the near post with a stooping header from substitute Michael Gumede.

Chiefs will be back in DStv Premiership action on Saturday 30 April, hosting Cape Town City at FNB Stadium for another catch-up match, while Arrows’ next league fixture is away to Baroka FC on Wednesday 4 May.