We are ready to do business,says new City’s finance boss 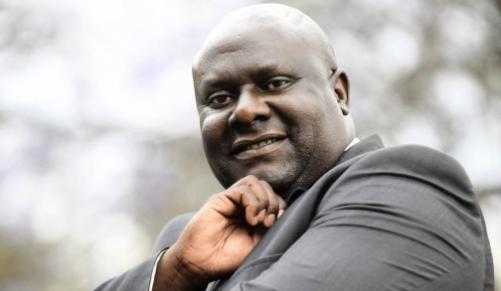 One of the ever close-mouthed department in the city has finally released a well chronicled media statement that outlines its plans for the next five years.

According to the terse statement,newly appointed finance MMC, Dr. Rabelani Dagada met and addressed his 300 staff for the first time at the revenue headquarters,where he told them they are the most important resource to achieving his plans .

“The City’s employees at all levels should play significant role to achieve the new plans and objectives we have set for the next five years. In fact, we will not be able to achieve any of these objectives if you are not fully involved. Human capital is the most important resource that the City has,” Dagada told the staff.

Furthermore Dagada was quoted saying he wants all his department’s employees to join him in rolling-up their sleeves, in working to achieve some of his major plans and objectives.

“At the heart of everything we do, is to ensure that we are responsive and that we move with urgency to the needs of the residents of Johannesburg. For this to happen, we need each and every one of you. We need your innovative ways and views about how we can make a visible impact in this great City,” said Dagada.

He also divulged that,the City has a budget of more than R50 billion and spends aggressively on infrastructure projects.

The finance head honcho also hinted that his plans complement the Executive Mayor Herman Mashaba’s Ten Point Plan that commits the City to run a responsive and pro-poor government.

Did you know? The city’s ten point plans include the following.