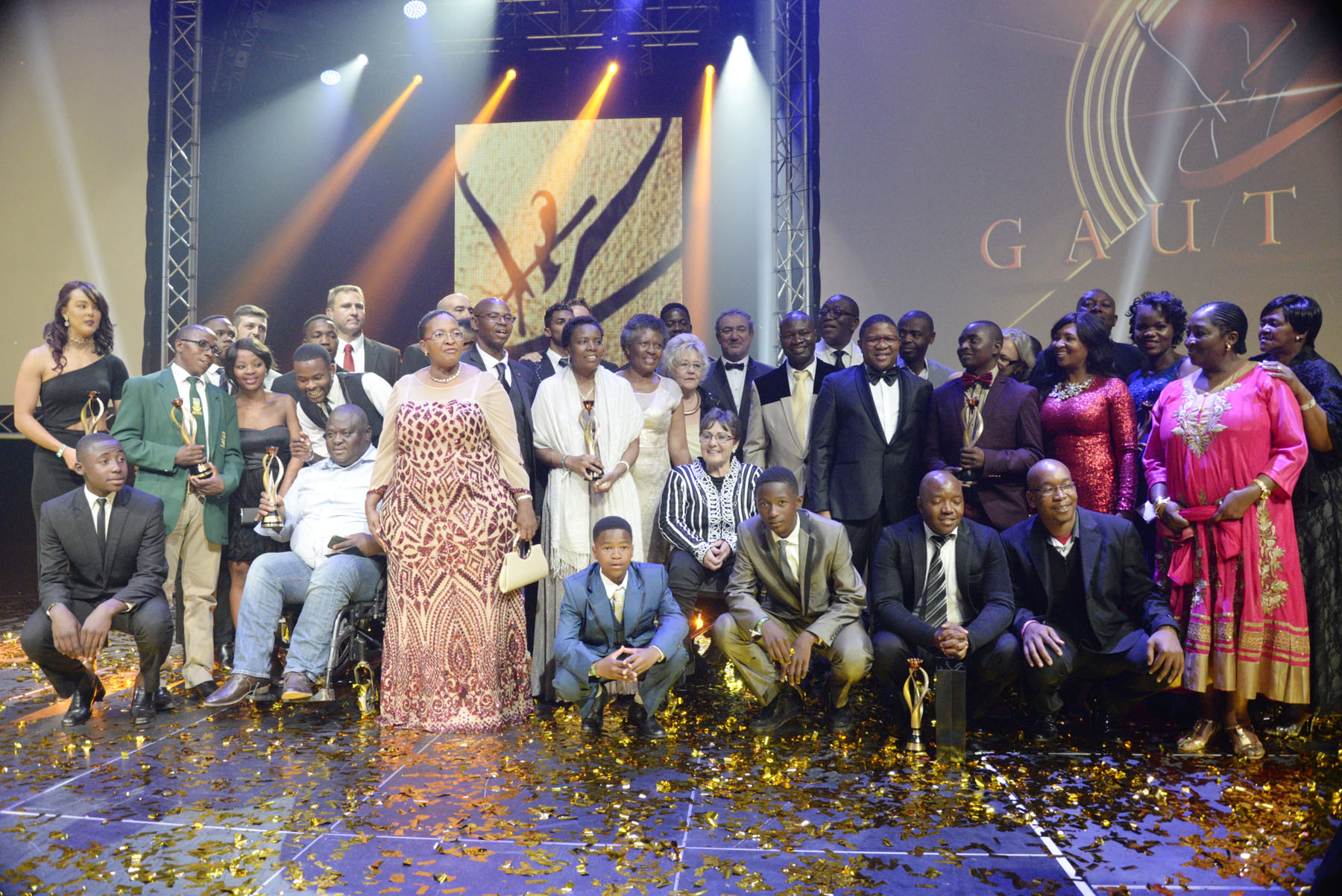 Dozens of sports personalities, government officials, esteemed members of the communities converged at the Silverstar Casino in Mogale City to witness and celebrate the sixth edition of the provinces sport awards.

The evening was described as a night of glamour and purpose due to its popularity and elegance that saw over 800 guests walked the black carpet for an elegant evening to celebrate the spirit of sports.

Speaker after speaker m unwittingly agreed that it was fitting for Gauteng, “The enabler of excellence” ensured that those ladies and gentlemen who uphold the Province’s flag were given the recognition they deserve.

They also stressed that, Not only does the Gauteng government pride itself in recognizing the best sporting talent in South Africa, but this was also an opportunity to expose upcoming young artists and behind the scenes staff to bring the prestigious ceremony to life.

To crown the event, Comedian, Shammponiser (Thapelo Seemise) had the audience  in stitches with his jokes and sense of humour. This was followed by breathtaking performances by Kelly Khumalo, Mahotella Queens, Skwatta Kamp and many more artists who were part of the evening’s entertainment lineup.

Sports Minister, Fikile Mbalula, to the gave the province a big thumb up. “It is good to honour people when they are still alive and good.”

Throughout the evening’s celebrations continued unabated as shortlisted finalists were announced.

It was also announced that finalists were shortlisted by a panel of independent adjudicators, represented by individuals from the media, academic and sporting fraternity. Futshane Consulting Pty (Ltd) were the appointed auditors for the adjudication process.

Sportswoman of the Year with a disability

Sportsman of the Year with a disability

Sports Team of the Year with a disability

Administrator of the year

Coach of the year

Most Promising team of the Year

Sports team of the year

Sportsman of the year

Sportswoman of the year

Sports journalists of the year

Technical official of the year

Community media of the year

School sport athlete of the year

Community sport and recreation programme of the year

The following categories are determined through public sms voting:

The Gauteng Sport Awards would like to acknowledge and appreciate all guest award presenters, our hosts Thato Moeng and Motshidisi Mohono, the production team and all the performers for the night.

We would like to thank all our sponsors for partnering with us in celebrating and rewarding the Province’s sports stars for their efforts in keeping the passion of sport alive in the hearts of millions of South Africans.