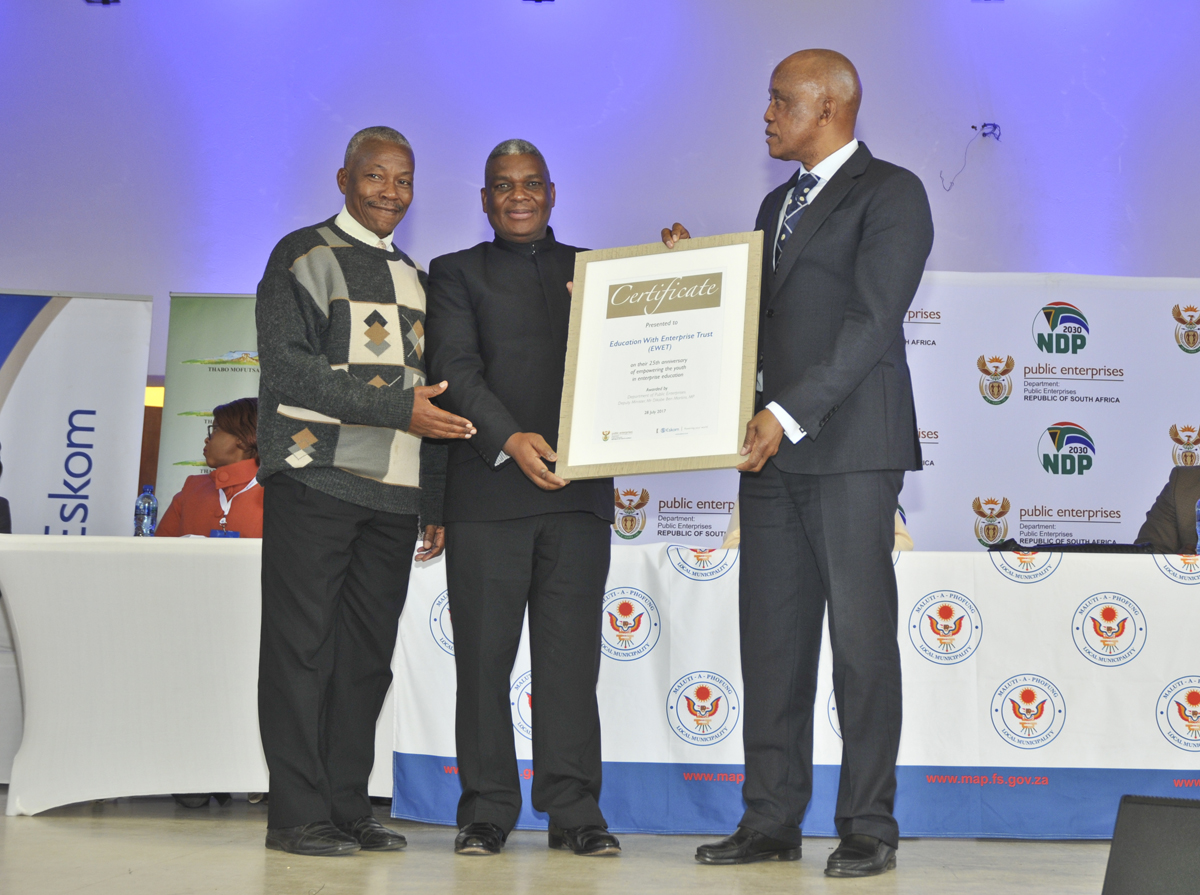 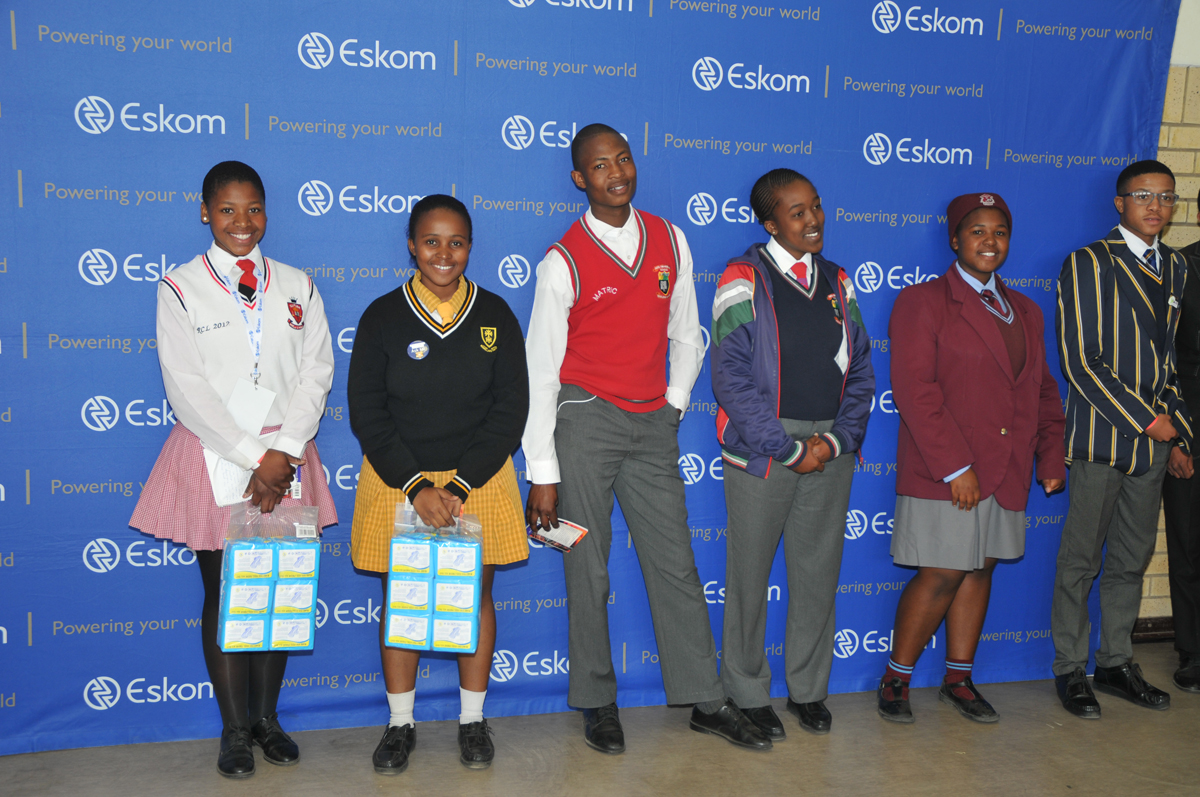 Deputy Minsiter of Public enterprise, Ben Martins and Eskom Acting chairman Zethembe Khoza, handing ovr a certificate to Thapedi Tlhapane, of  EWET at an event in Harrissmith. Below Learners from different schools that in the area.

Joy fire passion and ecstasy reigned supreme at a packed to the rafters’ hall at Kgethatsebo-Khethulwazi Secondary school in Harrismith in the Free State.

Organisers say this race is progressing towards building a new generation entrepreneurs in South Africa.

Run in partnership with the Education With Enterprise Trust (EWET), SimamaRanta is a successful initiative which gives recognition to South African high schools that are leading the way in entrepreneurship education.

The event was graced by the attendance of the Deputy Minister of Public Enterprise,Ben Dikobe Martins who delivered a keynote address.

He told the packed youth that projects of this natureis destined to train them to be employers and not employees.

“SimamaRanta proactively addresses the need for us to create a culture of entrepreneurship amongst the youth. Youth unemployment has reached crisis level in South Africa. By equipping the 12 million learners in our schools with entrepreneurial skills and facilitating their access into the economy, we can create true economic growth and a better future for tomorrow’s leaders,” said Martins.

The Power Utility’s Acting Chairman, Zethembe Khoza, said his organization has been a keen partner of youth entrepreneurshipprogrammes since 2010 in partnership with EWET.

He reminded the youth that they are‘business stars’ of the future and Eskom was proud to partner them in their journey.

Eskom Development Foundation’s Acting CEO, Cecil Ramonotsi, is on record saying entrepreneurship is one of the best catalysts for improving the country’s economy.

“The Eskom SimamaRanta Entrepreneurship Education Competition is one of the ways we are contributing to that improvement. The competition is one of our programmes geared at investing in young people, who are the future of our country,” says Ramonotsi.

Thapedi Tlhapane, of  EWET, applauded Eskom for giving the youth a platform to shine.

“The SimamaRanta programme showcases best practice of in-school entrepreneurship education and celebrates the future of entrepreneurship that is being created in schools across the country.”