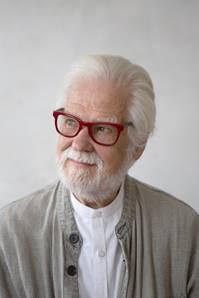 RapidLion – The South African International Film Festival is pleased to announce that it will host German-born film producer Jan Harlan for its fourth instalment, which runs at the Market Theatre from 1 March to 10 March 2019.

Harlan, mostly known as an executive producer for Stanley Kubrick classics such as The Shining, Full Metal Jacket and Eyes Wide Shut, as well as the Steven Spielberg – Kubrick collaboration A.I. Artificial Intelligence, will give three Master classes at the upcoming festival, which has renewed its relationship with the Market Theatre as a hosting venue for the next three years.

Of the relationship between RapidLion and the Market Theatre, festival director Eric Miyeni said, “The Market Theatre is the home of RapidLion. We have been here since inception. We cannot see ourselves being hosted by any other institution but this iconic theatre space”.

Market Theatre CEO Ismail Mohamed concurred with Miyeni, echoing Market Theatre Artistic Director James Ngcobo’s sentiments, saying, “RapidLion continues to be a powerful vehicle that transports us to worlds and realities that we may otherwise not be receptive to, which is exactly how we see the work the theatre does.”

It’s All in the Writing: Making a film with a limited budget

The SHORT – The Calling Card, and Music as a Scripting Tool – A Possible Pillar for a Film’s Structure.

Born in Karlushe, Germany in 1937, Harlan and Kubrick’s working relationship began with his involvement in the unmade Kubrick film, Napoleon, for which he did research in 1968. In 1975, Harlan, the son of two opera singers, went on to executive produce Barry Lyndon, a landmark period piece based on the 1844 William Makepeace Thackeray novel The Luck of Barry Lyndon.

Hailed as a cinematic feat with scenes shot in natural light, interior scenes shot by candlelight, and settings based on William Hogarth’s paintings, the film won four production-related categories in the corresponding Academy Awards.

Although cognisant of the role of producers in the filmmaking chain, Harlan does not seem to view them as of ultimate importance to the process, telling tasteofcinema.com that the term producer is almost useless. “For beginners: You have to have a story you really love and get it developed into a script. Then find a director who also loves it and you have a chance

“Producers are very important but they don’t make the film. They can be the seed to a film, but they are not making it.”

Early bird tickets for the Master classes go on sale from 1 November 2018 until 31 January 2019. These are valued at R75 per lecture and R165 for all three lectures as a package deal for students.

For film professionals and the general public they are priced at R155 per session and R350 for all three lectures as a package.

Late buyer tickets (available from 1 February until 3 March 2019), are priced the same as early bird tickets for students, with the general public and film professionals paying R255 per session and R550 for all three lectures as a package.

PSL Player and coach of the month