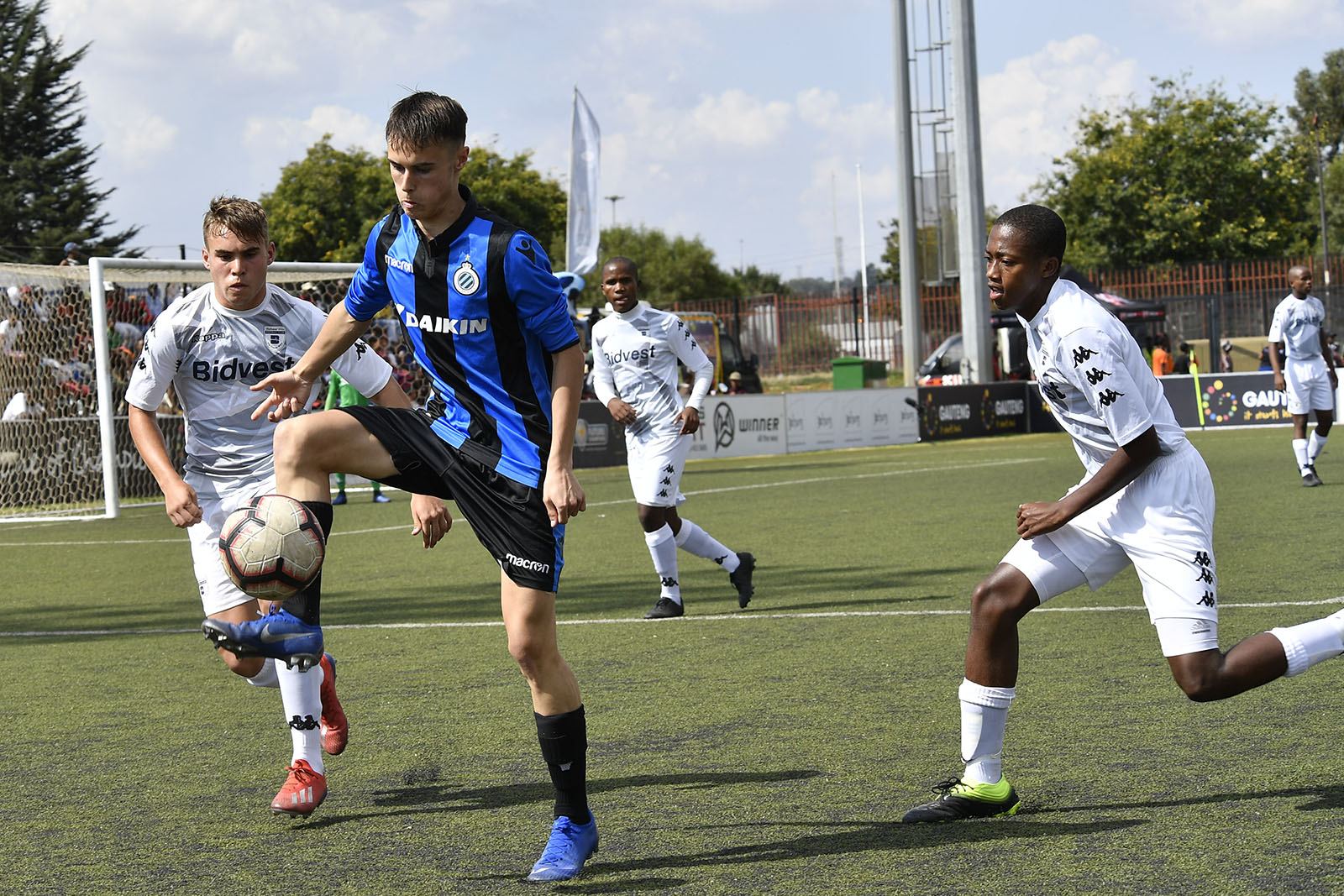 Home club Orlando Pirates FC became the only side to maintain a 100 percent record after day two of the Future Champions Gauteng International Tournament when they defeated provincial rivals Highlands Park 1-0 at the Nike Football Training Centre in Soweto on Tuesday.

It was a typically robust derby game that was decided by a lone goal in the first half from Katleho Tsotetsi, as he drilled the ball low into the back of the net from just inside the box.

The result makes it two wins from two for Pirates, who are in pole position in Group C to advance to Friday’s semi-finals, after another day of intense action at the prestigious Under-17 tournament that brings together teams from four continents.

Defending champions Club Brugge were held to a 1-1 draw by another local side, Bidvest Wits, in a game of high quality that suggests both teams will be contenders for the trophy in Saturday’s final.

The Belgians scored their goal through Robbie Gheerardyns, but Wits earned a point as Siphesihle Maseko found the back of the net for them.

Spanish side RCD Espanyol claimed a 3-0 victory over the All India Football Federation with their goals scored by Mateo, Arnau and Estanis to leave them top of Group D going into Wednesday’s final round of games.

Russian club FC Spartak claimed a good 2-0 win over fancied Club Tijuana from Mexico as Magomedemin Rabadanov netted his second goal of the competition and Sviatoslav Kozhedub also found himself on the score-sheet. 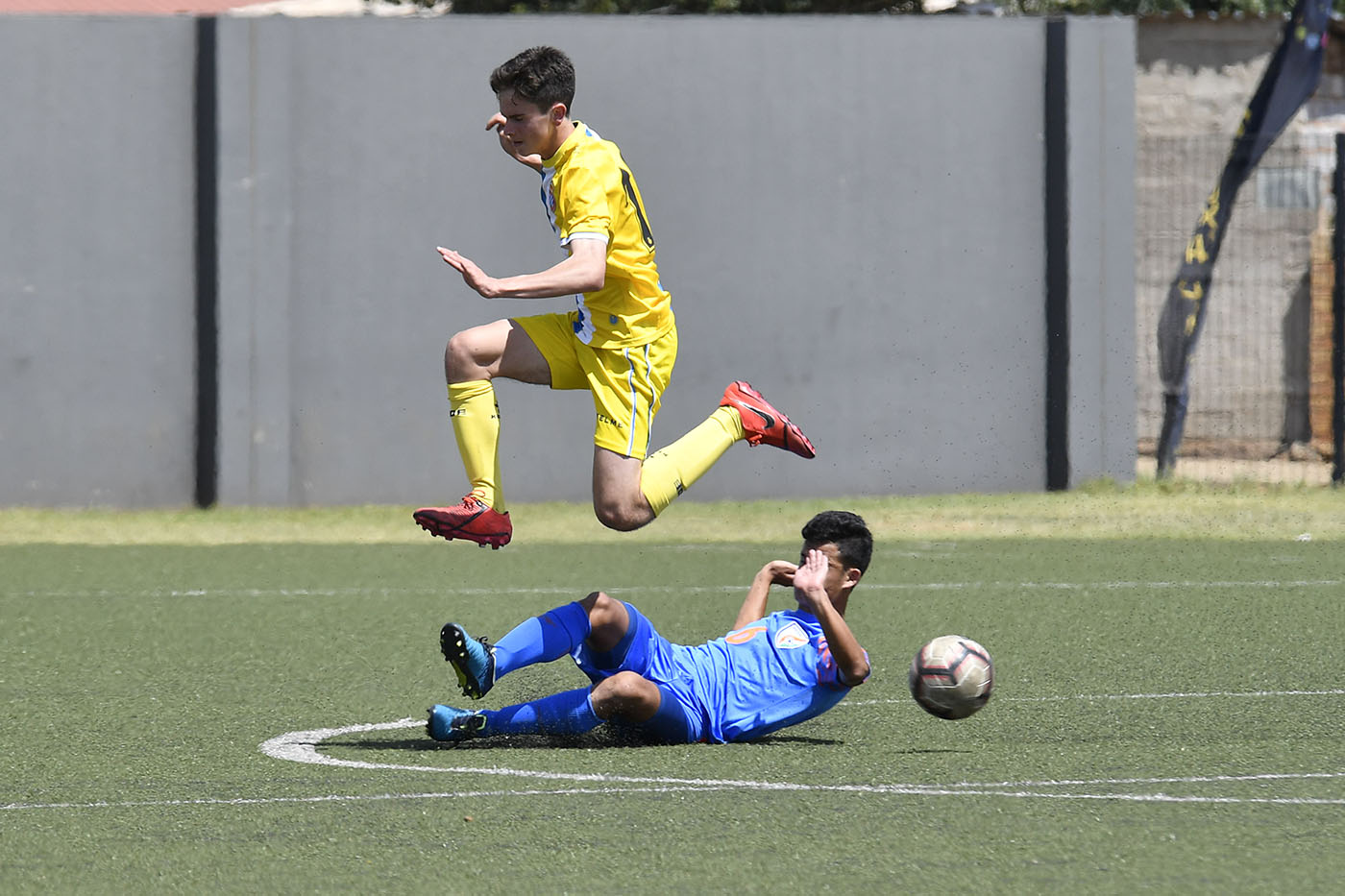 Their third goal was scored by Reece Bartlett, who is the son of former Bafana Bafana international Shaun Bartlett, who lifted the Africa Cup of Nations title in 1996 and netted for the national team at the 1998 FIFA World Cup.

The opening game of the day saw a SAFA Gauteng invitational side defeat Reggio Audace 2-1, with goals from Ryan Manning and Jerome Karelse boosting the home team. Lorenzo Luchena picked up a consolation goal for the Italians.

Wednesday’s action will continue with more mouth-watering fixtures, starting with a clash between the SAFA Gauteng and the All India Football Federation (kick-off 11h30).

Shortly afterwards there will be a match between Beijing Sinobo Guoan and Club Brugge (11h45), with the Chinese side seeking a first win of the competition against the defending champions.

Local team Highlands Park then take on Reggio Audace FC (13h00) in a game that will be a tough one to call, before Bidvest Wits meet Club Tijuana (13h15), where a win for the South African side will seal top spot in their pool and a place in the semi-finals.

Kaizer Chiefs will hope for victory against in-form Russian side FC Spartak (14h30), before a massive clash between Orlando Pirates and RCD Espanyol (16h00) to finish the day.
Entrance to all the matches this week are free!

The Future Champions Gauteng is organised by Global Sports International in partnership with the Gauteng Provincial Government.

HIGHLANDS BACK INTO TOP HALF AFTER DOWNING CELTIC

Coach and player of the month