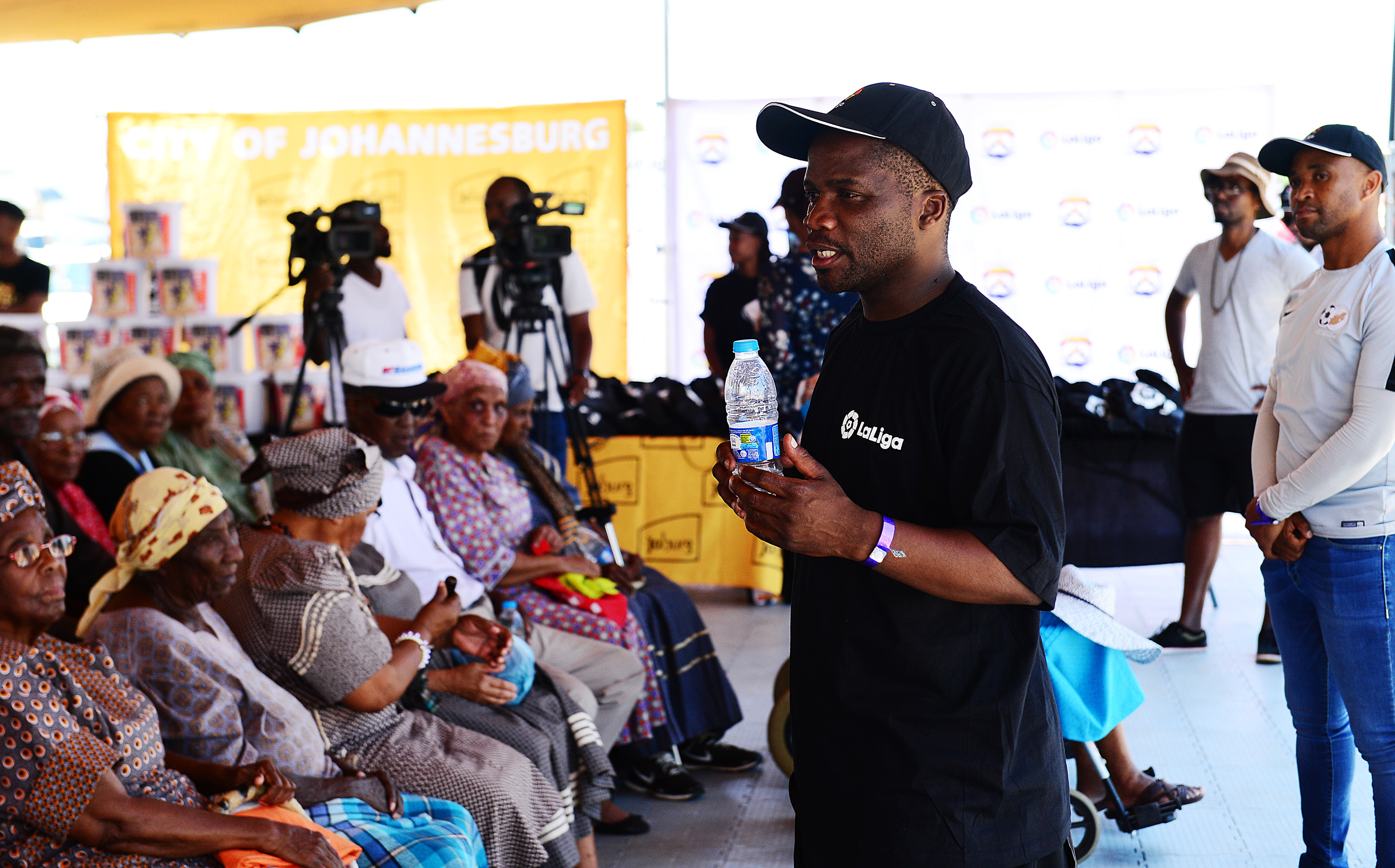 In an unprecedented twist Soweto ‘s first citizens were spoiled for choice just before Christmas, thanks to the organizers of the KwaMahlobo Games, in partnership with LaLiga, SAFA and the City of Johannesburg.

Started 22 years ago, the KwaMahlobo Games have grown in leaps and bounds, and has now for the first time ever accommodated the elderly in their programme, and they will have an unforgettable memory about this effervescent tournament.

Head coach of the South African U20 Men’s National Team, Thabo Senong, was also in attendance and assisted in handing out the gifts.

“Being part of the KwaMahlobo Games for three years, we understand that they are the pillars of the community and taking care of them is very important to us and to the Gogos. Today we are giving back to what they have given to us – the players that are showcasing their talent in front of us.

“They are the sons and daughters of these very important guests we have today, and we are proud to be associated with this initiative – long may it continue,” said Ruan van der Walt, LaLiga CSI Coordinator.

Organizers were also pleased with the way things went in their pilot project and they also revealed that they now want to make it bigger and better in the next edition of the tournament.

“We are indeed very pleased with how this initiative was received by everyone. As it was our first, we were not sure how it was going to turn out. The truth is that there are many elderly people in this community and we won’t be able to help all of them – come next year we want to host more than the 100 we did today,” said Patrick Ntenjwa, KwaMahlobo Games Founder, and a resident of Meadowlands.

“People must see that it’s not just about the games only but also about the community being happy and everyone getting something positive out of this project. Seeing the smiles of the elderly as they received their food hampers was just too beautiful and pleasing to the heart as these are our mothers and fathers as well as grandparents. I am glad it happened,” He said.

The food hampers were accompanied by caps and T-shirts from LaLiga.