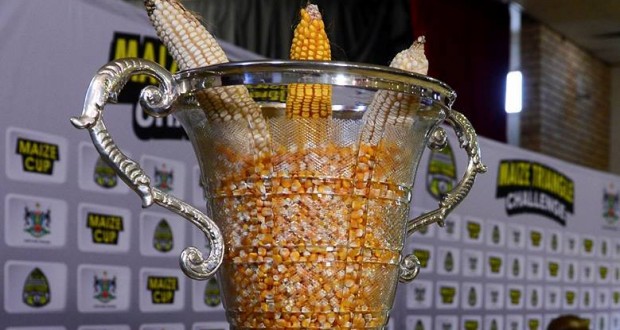 Top-class football coupled with award winning entertainment will be on display this Saturday, thanks to the Bokone Bophirima Maize Cup.

During the launch it was also revealed that VBS Mutual Bank, the City of Matlosana as well as the grain producers in the Bokone Bophirima,Free State and Mpumalanga provinces are the stakeholders, who have helped to make this tournament a reality.

At the launch, four teams were unveiled to participate in this annual tournament.

Platinum Stars, who as hosts are seeded will be pitted against either Botswana’s League Champions, Township Rollers or PSL Free State Stars. Soweto giants Kaizer Chiefs FC will also be seeded and could also draw either of the two clubs.

Organizers of the tournament also revealed that, the match will provide football-starved fans with top quality pre-season action and an opportunity to see off the new recruits ahead of the 2016/2017 league campaign.

“All four teams will be looking for good performances as they continue to prepare for the new season,” They said.