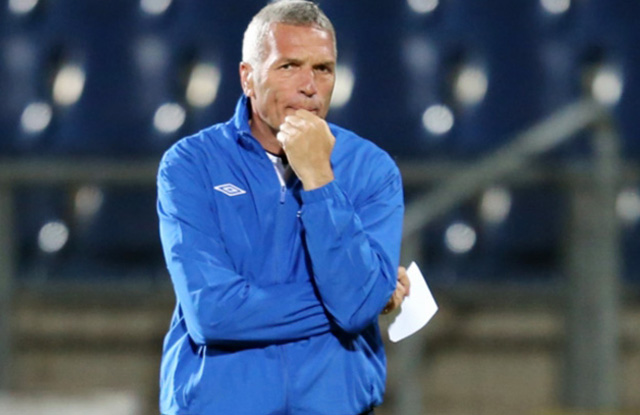 It’s been almost eleven months since Coach Ernst Middendorp left the Free State and headed back to KZN’s Capital City.

That would be the third time that the German tactician would be in charge of Maritzburg United after the previous two spells at the Team of Choice. This time his assignment was written in bold, “save the club from relegation”. At this point, it was half way through the season and the club was lingering at the bottom of the log with six points.

“After a few games, I then realised that the challenge to save the club was in fact made even more difficult by challenges that were really beyond my control. It was very stressful to manage the situation. This was to be the case until the last game of the season when we survived in the last eight minutes of brilliance,” said the Coach.

The club was very grateful to the Coach and resultantly, he signed a two year contract to stay at the club and rebuild a team that would be competitive and challenge for a place among the top teams in the new season.

“We identified the players that we wanted to bring in, and we signed eleven, plus the youngsters that we promoted from the Diski team who are now regulars in the first team. The blend of youth and experience, who quickly understood the philosophy we were using, produced good performances for everybody to see.

“However, again on the field, circumstances put us in a disadvantage and as such we lost critical points that would see us on a much better position on the log by now. It was very difficult to continue under such circumstances. Eventually after the Highlands Park game where even the fans became emotional, I took two days off to reflect on the situation and the club brand being under threat as a result.

“I then approached the Chairman and persuaded him to release me from the contract for the sake of avoiding damage to the club and to protect the brand.

“I indicated that after the Cape Town assignment, I would resign. The Chairman tried very hard to persuade me to stay and complete what i had started, but I felt very strongly that it is in the interest of the club that I step down because with me in the equation, it would be difficult to experience a different situation on the field than what we had experienced already. I had to remove myself from the equation.

“I believe that I have assembled a squad that is capable of challenging to be in a strong position this season, and I would therefore not like to see them being compromised. I leave the club with a very clear conscience that we worked well together and I received a lot of support from the Chairman, the Board, Management and the players, and I wish them all the best for the remainder of the season and the future.”

The Chairman of Maritzburg United Farook Kadodia, expressed his disappointment at having to release the Coach.

“It was a very painful decision to allow Ernst to go. I tried to persuade him to stay, but he was adamant that to leave was the best thing to do for the sake of the club. I understand where he is coming from with this, and painful as it is, I had to give in to his request.

“We are grateful to the coach for the foundation he has laid, the combination of youth and experience. He leaves us with 10 points after 10 games, having promoted about five players from the Diski Team, and the Diski team itself is doing well at the moment.

“Undoubtedly, with the brand of football that he introduced, the fans responded with appreciation and enjoyed it. We wish him all the best with his future plans. Fadlu Davids will be in charge until further notice.”

It must be noted that there will be no further comments on this matter.