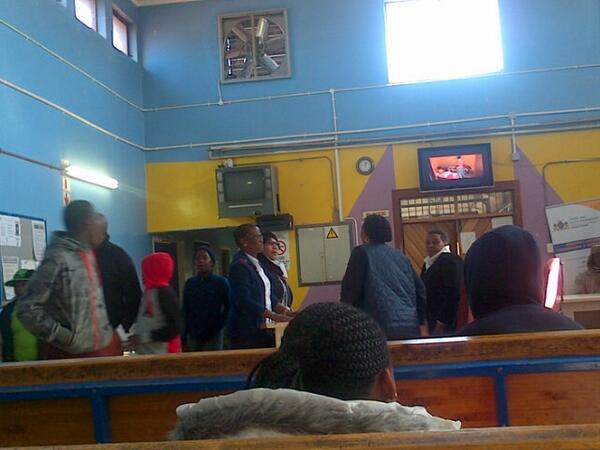 Pictured one of the local busy clinics in Mofolo Soweto.

Joburg Executive Mayor, Herman Mashaba,strongly believes that operating hours at local clinics should be extended to 15 hours as opposed to the traditionally 8 hours service during weekdays.

This, he said, was bound to go a long way in providing improved health services for the majority of poor communities at their doorstep.

Mashaba was speaking during the launch of a extended hours pilot project rolled out at Princess Clinic in Roodepoort.

He revealed that this was his party’s realization of one of the commitments in their ten point plan announced soon after taking office.

“It is my dream that if successful, we can then roll this project out at clinics across our City with an end goal of throwing away the keys to clinics.

This is the start of a very important road to transforming health care, not only in Princess, but across our City.”

He also frazzled the theory, ‘Healthy people and a healthy environment go hand in hand’.

He stated that Research has shown that there is an enormous payoff from investing in health.

“Reducing a country’s mortality rate has accounted for about 11% of recent economic growth in low-income and middle-income countries.

Our health is vital to our success. If our residents are healthy they are able to work, earn a living and contribute to the growth of our economy,” The Mayor added.

“A social worker will now be dedicated to the area being serviced by the Princess Clinic from 11am to 7pm, Monday to Friday.

Their focus will be on community development and community mobilisation. We must transform clinics from being mere healthcare facilities to being multi-functional centres where events such health workshops and local drug action community meetings can be hosted.

We are therefore investing a lot of energy into creating a healthy society through Ward Health and Clinic Committees. Our best chance of succeeding in delivering a pro-poor programme, as our health workers say, is in ensuring that “health is in the hands of our people” at grass-root level,” He argued.

He blasted the previous administration for neglecting some of these problems.

“We are committed to addressing these serious problems. We cannot allow the services provided at our clinics to regress or collapse”.

In the past this clinic, like all others across this City, was only open from 8am to 4pm, Monday to Friday.

The Princess Clinic will now be open from 7am to 10pm, Monday to Friday.

In addition, the clinic will now also be open between 7am and 1:30pm on Saturdays.

According to the Johannesburg’s Health and Social Development business plan 2016/17, the City is unable to recruit and retain the required skilled workforce which has resulted in a shortage of critical staff and an inability to cope with increased service demands.

FNB reduces carbon footprint in its branches by nearly 50%