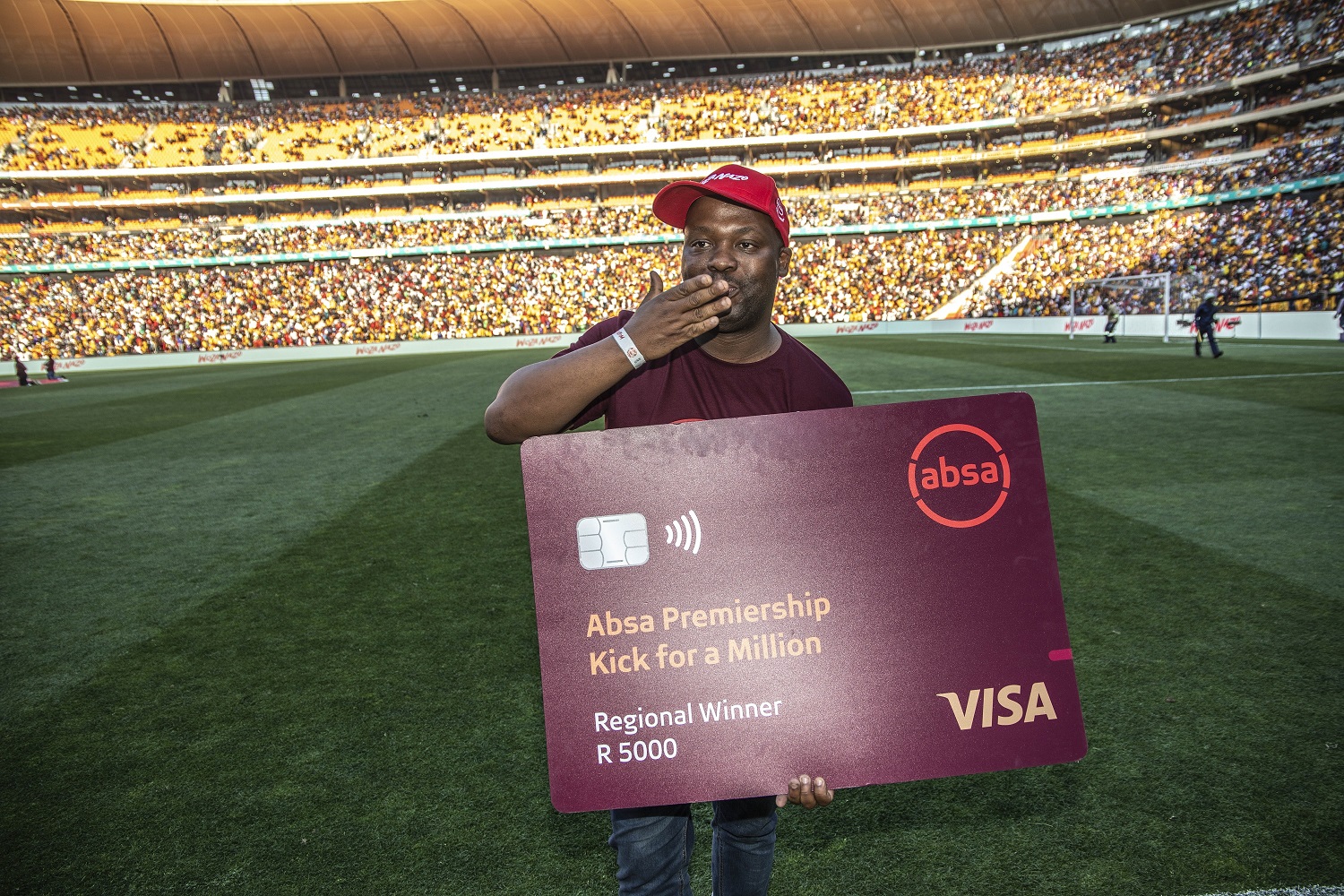 Johannesburg, Wednesday 28 November: The now popular and unique Kick for a Million competition will reach the halfway mark at the Absa Premiership Woza Nazo Tshwane Derby this coming Sunday, 2 December 2018.

The fan competition, taking place at each of the Woza Nazo matches, was introduced by the league sponsors Absa last season. The penalty-kick competition has seen a fantastic start to the 2018/19 Absa Premiership campaign with the interest and support continuously growing among local soccer fans.

On match day, six fans will be chosen ahead of the start of the game at the Lucas Moripe stadium to kick against an Absa Premiership legendary goalkeeper in a sudden death competition during halftime. At the end of the contest, each runner-up will receive R1, 000 and the winner of the round will take home R5, 000. The winner of the final round will then automatically become a finalist to Kick for a Million at the trophy handover match at the end of the season in May 2019. 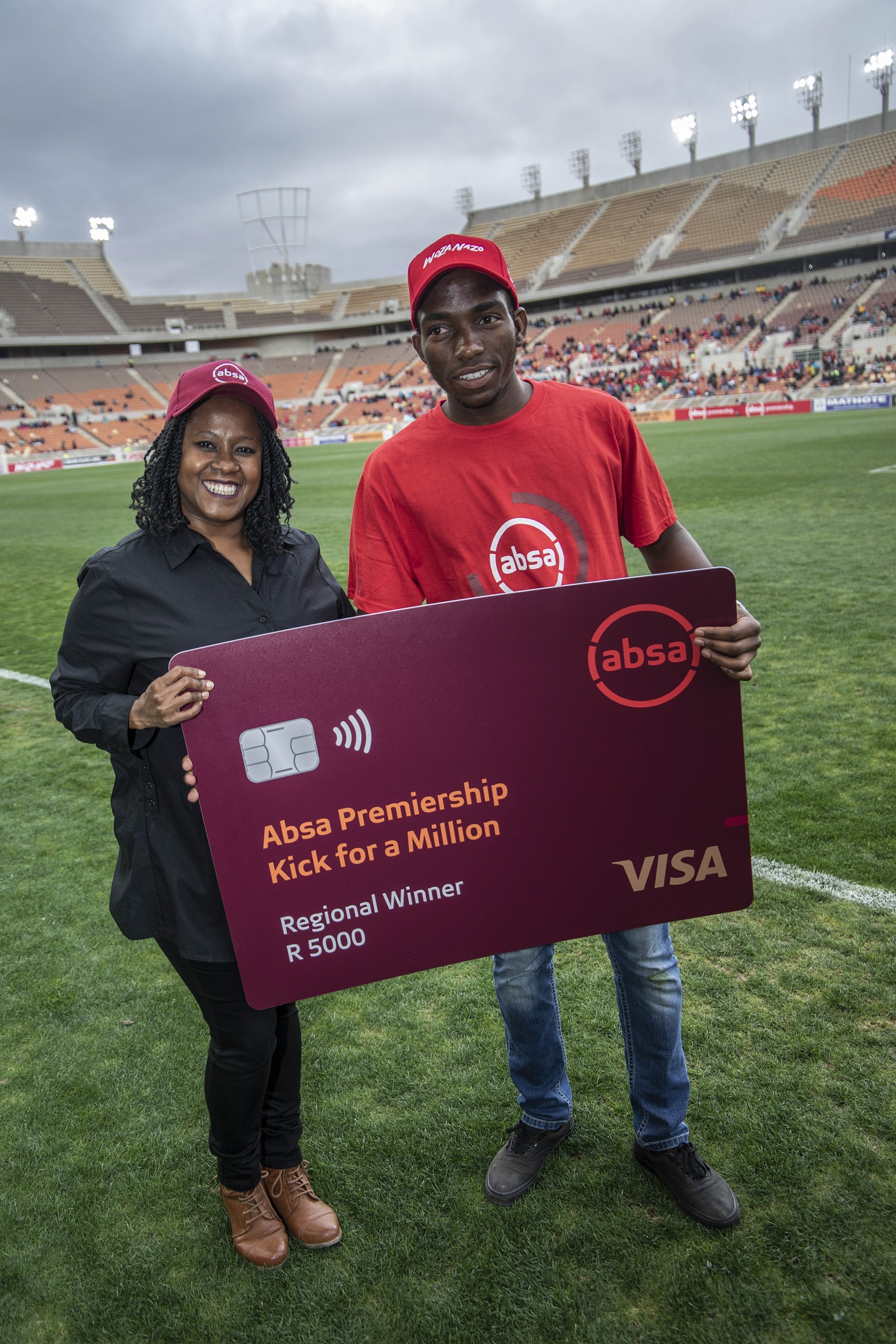 The competition has seen four lucky finalists progressing from recent Woza Nazo matches that took place in Polokwane, Cape Town, Bethlehem and most recently in Soweto, which has seen Absa give away R40 000 to the selected participants, simply by attending a Woza Nazo match.

Through the Kick for a Million competition, Absa is connecting with soccer fans across the country, positively impacting football in South Africa and giving fans a reason to come back to the stadiums.

Absa will again use the Tshwane Derby to continue to encourage fans to celebrate the wins, the spectacular goals and continue to bring the energy and passion to every Absa Premiership match across the country.

On match day, 500 Absa customers will receive Woza Nazo hampers containing a t-shirt and a cap. To stand a chance to win one of the hampers, customers must transact at any of the three Absa branches located at Lillian Ngoyi Street in the Tshwane CBD, Atteridgeville Mall and Mamelodi West Mall – between Wednesday 28 to Friday 30 November. 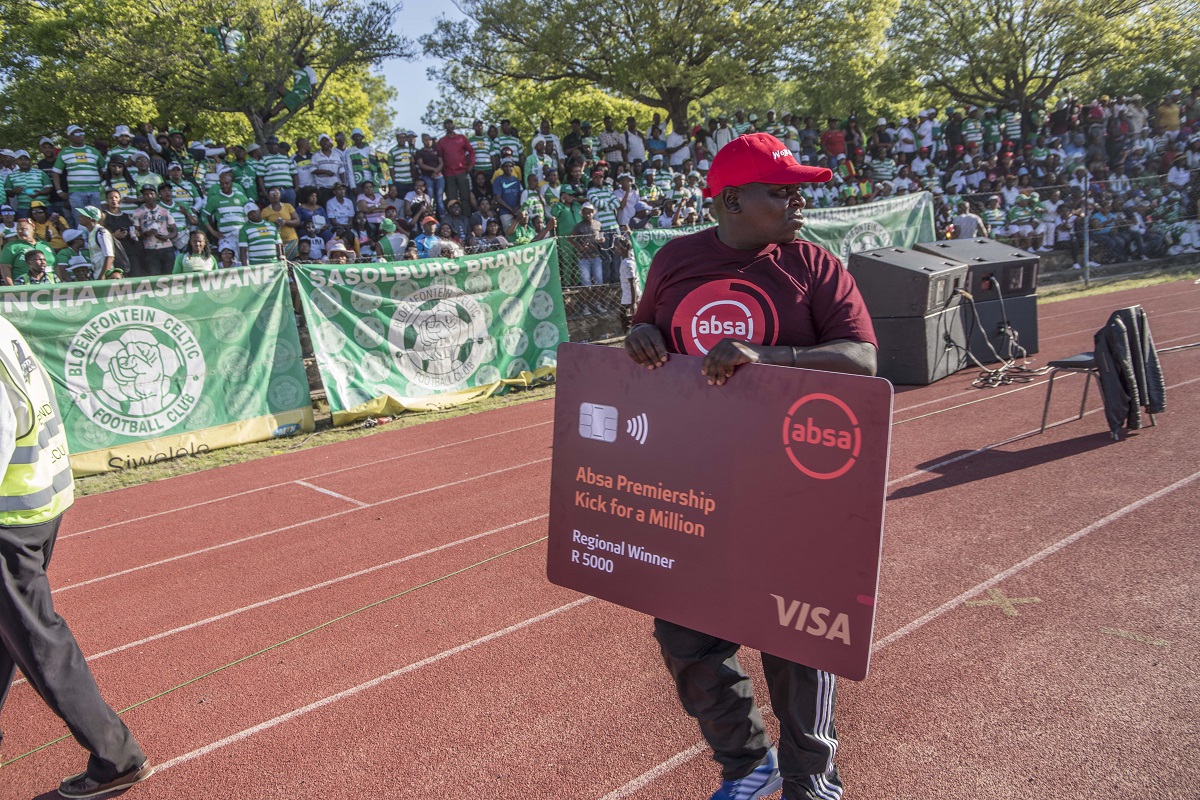 2018/19 Woza Nazo Kick for a Million Finalists in their own words:

“What an amazing initiative this competition is for soccer fans. I recall going to the Polokwane Derby just to support Baroka FC (my second team in the Absa Premiership after Orlando Pirates) with no expectations but then I left the stadium R5, 000 richer. Buying myself a smart phone with my winnings was a no brainer as I needed a phone with internet to do my research for school, get study materials online and also start looking for internship opportunities online. I believe I stand a good chance of winning the main prize next year May because I used to be a very good player and decent at taking penalty kicks. I believe winning the million will certainly make a difference in my life.”

“The moment I realised I had won the competition at Cape Town stadium, I was super excited and couldn’t contain my emotions. As we build up to the final next year, I’m keeping myself busy by preparing for the big day. On most days, I practice taking penalty kicks with a friend of mine who is a goalkeeper for a social club down here in Cape Town. One of the first things I did with my R5, 000 winnings was to buy a match ball which we use to practice, and I sent the rest of the money home in Nelspruit to assist my family as I am currently based in Cape Town for work”.

“Winning the competition that afternoon in Goble Park was like a dream. To think that I did not have money to travel to the match makes it all the more special. Thanks to my neighbour who assisted me with a lift to the game which gave me chance to enter the Kick For a Million competition. Absa is doing great work to encourage us fans to come in numbers to the stadium with such rewarding initiatives for us ordinary fans. As we look ahead to the final, I’m happy that I’m back in action with my local team in the Masters and Veterans League for I’m able to train to take accurate penalties when I kick for a million at the end of the season. The money I received as a finalist has mostly gone to my daughter’s essentials such as buying her Christmas clothes and goodies as well as securing her uniform for 2019”.

“I am happy to reveal that Absa has greatly assisted me to pay off the outstanding school fees for my child for 2018 and all this by attending a Woza Nazo game. Should I win that R1 million in May, school fees will be sorted for the next seven years and I’ll be a very happy dad and proud local soccer supporter. Just being on the pitch during the Soweto Derby was an experience I will cherish for the rest of my life. Nothing compares to that electric atmosphere I witnessed that day and I believe that was what spurred me on to win on the day”.

Baroka to play in the telkom final