Women and child abuse is a big no, says Vodacom 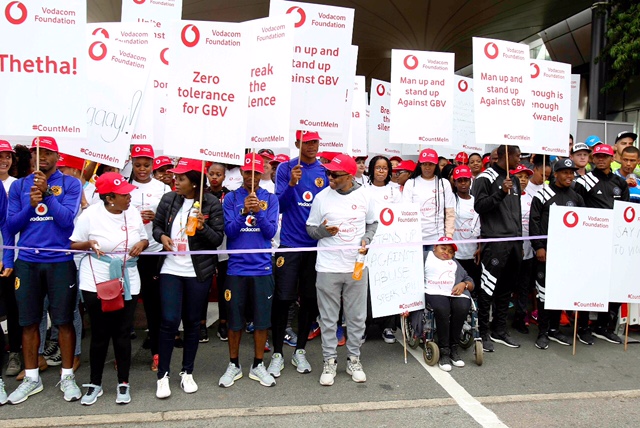 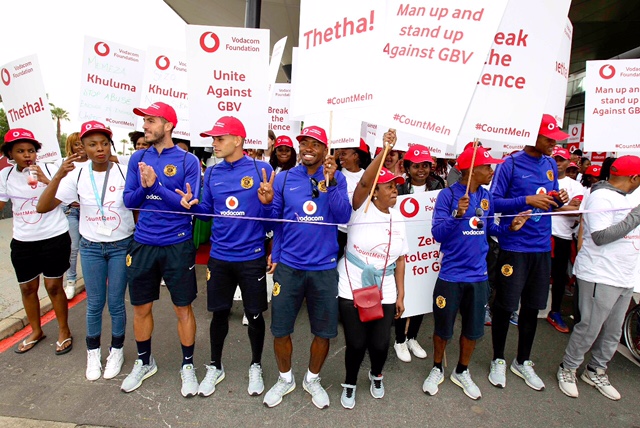 Giant cell phone operator, Vodacom has added its voice in the public radar against women and child abuse countrywide. This was evident in their first edition of the Vodacom 2.5 km Walk for No Violence Against Women and Children that took place at the Vodacom head office in Midrand, Johannesburg.

Vodacom, through its Foundation, in partnership with the Department of Social Development , WMACA, Kaizer Chiefs FC, Orlando Pirates FC, Vodacom Blue Bulls, ZinhleMasango and DJ Benny Maverick  paid respect to women and children by joining in this year’s 16 Days of Activism International Campaign by walking for good.

The event attracted dozens of people from all walks of life. Carrying placards that read amongst the others, Khuluma break the silence! Enough is Enough stop the abuse!Only a coward abuses women and children! Men up and stand against GBV.

These dozens of people rounded up the Vodacom headquarters to create awareness.

Organisers say, this year’s walk is dedicated to raising awareness and ensuring mass mobilisation of all communities to promote collective responsibility in the fight to help eradicate violence against women and children.

They also revealed that, the Walk for Good also supports Goal five of the United Nations’ Sustainable Development Goals (SDGs), which relates to Gender Equality. This is a goal that focuses on the elimination of all forms of violence against all women and girls in the public and private spheres, including trafficking and sexual exploitation.

“At Vodacom we believe, together we can accelerate action on the United Nations’ Sustainable Development Goals. As Vodacom, this is how we continue to show our support.

“This is not a government or criminal justice system challenge issue alone, but a societal problem and failure to view it as such jeopardises efforts to eradicate this scourge in our communities. The solution therefore rests with all of us.

“We all need to speak out against women and child abuse and report any abuse to police immediately. We must ensure that children are not exposed to inappropriate sexual and violent material,” says Netshitenzhe.

Fitness coach and abuse survivor,ZinhleMasango told the packed event that living in fear is the hardest thing to do. “When I think about 16 days of activism against violence on women and children, I am reminded that we all have a role to play.”

GaujickMatheus, Blue Bulls Rugby player told this reporter that such events  are very important to society.

“Violence against children and women is a bad thing. We need to create more awareness about this scourge.”

Kaizer Chiefs player WillardKatsande said, “It’s a good thing to protest against women and children abuse. These people play a very important role in society. Women carry us for nine months and looks after us and children are the future leaders.”

Orlando Pirates defender, AyandaGcaba, said, “As men we should thank and appreciate women because they can guide us to a good philosophy of life. Kids look up to us for guidance. Therefore as parents we should be more responsible so that they can trust us.”

Other upcoming Vodacom Foundation 16 Day of Activism projects include the following.