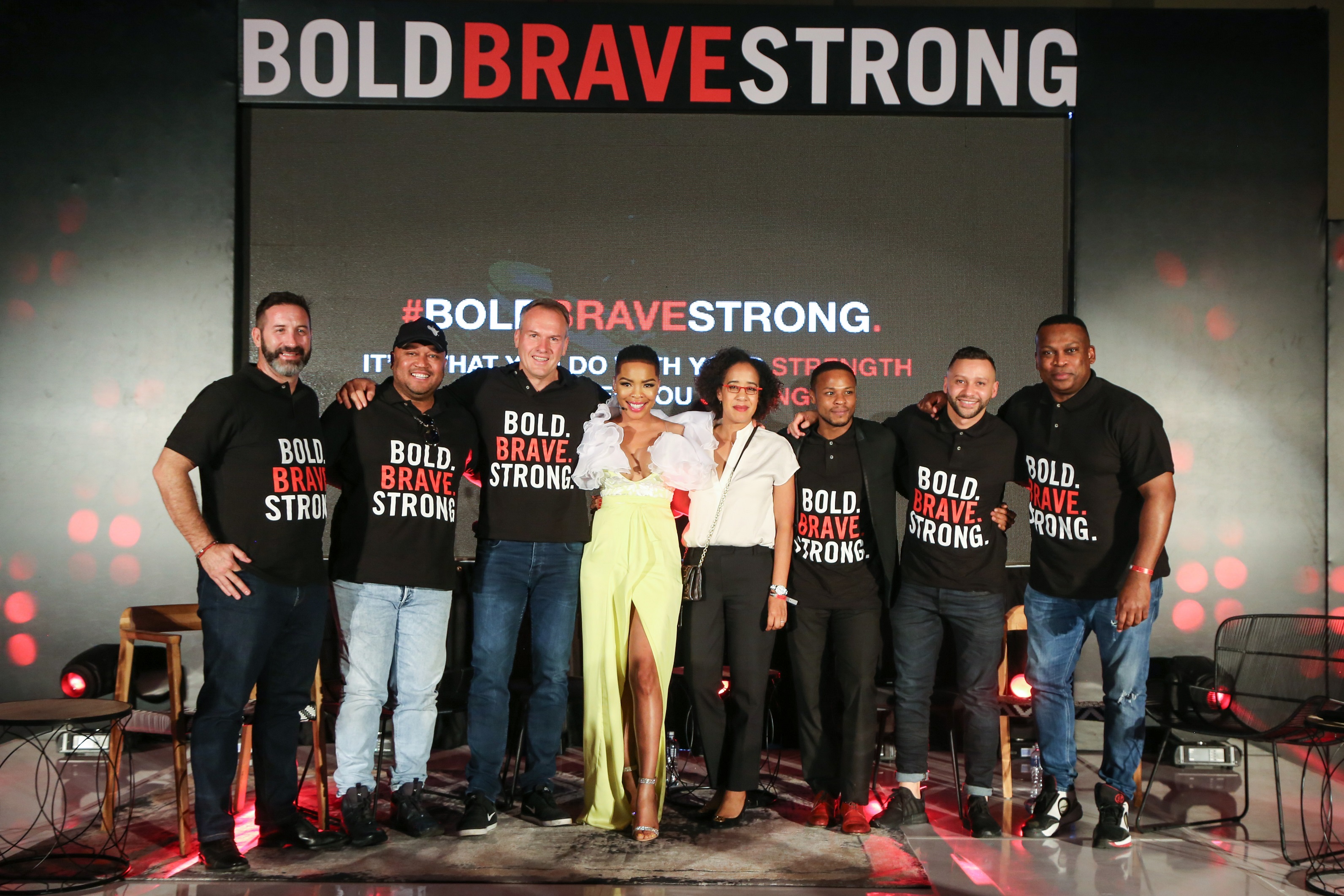 A courageous pregnant conversation to challenge toxic varying forms of masculinity within the society was recently held at the historic Walter Sisulu Hall in Kliptown, Soweto.

The event was held under the banner BOLD BRAVE STRONG and is a brainchild of Carling Black Label, South Africa’s biggest beer brand among men today.

Organizers revealed that the aim of this tete-a-tete was to confront varying forms of masculinity through intense and purpose driven conversation.

A panel of five bold and accomplished men from diverse industries, led in conversation by media veteran and powerhouse Masechaba Ndlovu took to the stage to tackle heterogeneous issues that are facing men in modern day society.

The conversation comes directly on the back of a television commercial (TVC) that was launched in September by the beer brand which asks the question – “Be a man. What does that mean?” by challenging the true meaning of the words ‘Bold’, ‘Brave’ and ‘Strong’.

It was also revealed that the event was organised to coincide with the International Mens’ day. 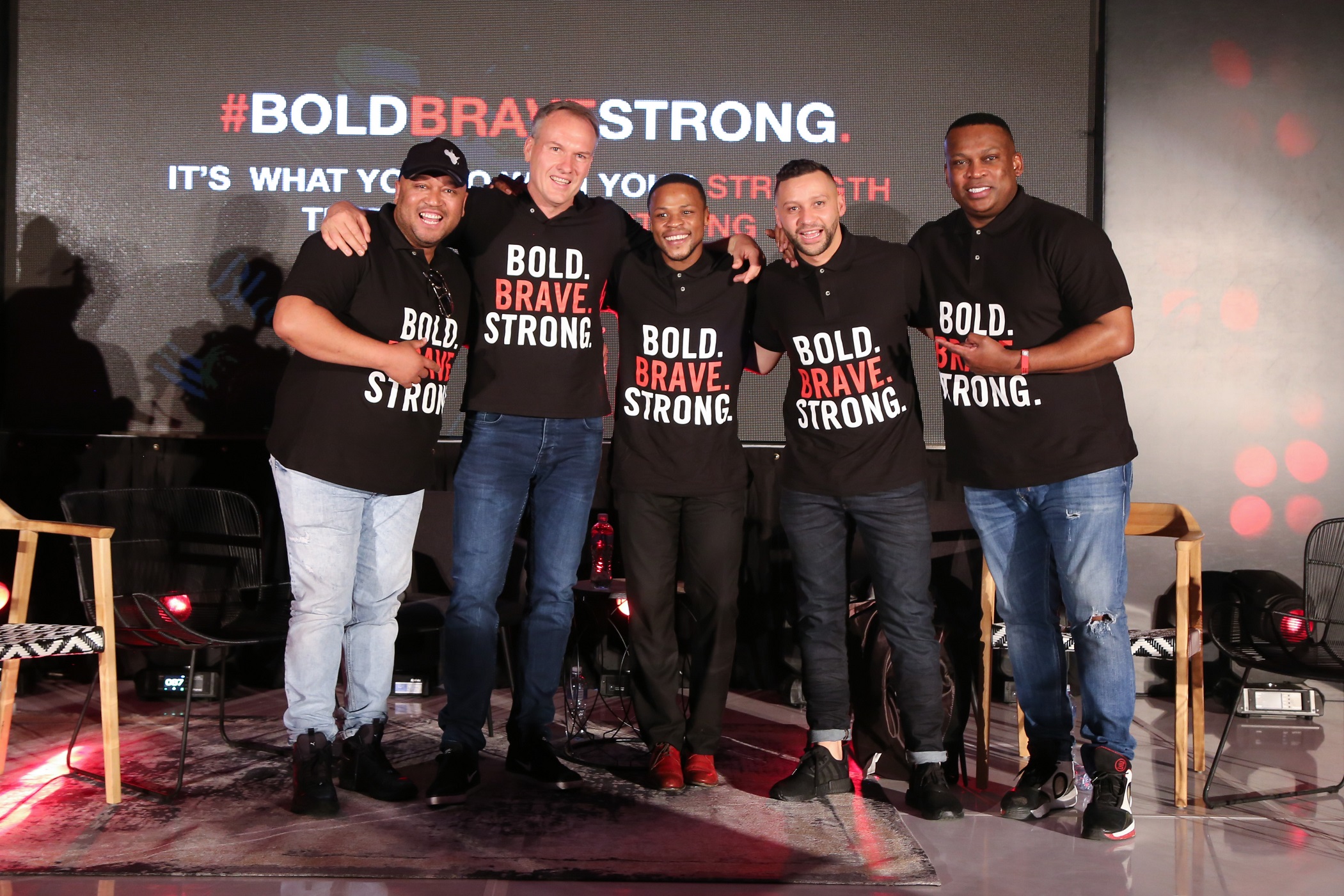 Speaking at the event about the importance of a day that is dedicated solely to men, Grant Pereira, Carling Black Label Brand director said

“Hosting this event in honour of men was a perfect fit and a conscious decision for us as a beer brand. We are in partnership with the Premier Soccer League and making use of a day that marks significance for both soccer as well as men all over the world deeply resonated with us.

“Sports is the worlds biggest unifier and second to that is conversation. Through conversation, many barriers can be broken and as a result an opportunity to reshape masculinity arises. It is not every day that men are willing to openly engage in conversations with other men about relevant and authentic matters that lead down a path of true self evaluation about where masculinity is going. What better way for us as a prominent beer brand to promote positive change in the lives of our consumers, and society as a whole than through International Mens’ Day.”

On the sidelines, Pereira told this publication that one bigger aim of this debate is to see men becoming better role models in society.

The panel conversation was extended digitally to a wider audience through Twitter and Facebook live streaming. Streamers were afforded an opportunity to be a part of the unfolding conversation when the panellists took on daring questions from the digital platforms about the importance of positive role models and how to promote positive masculinity.

Robert Marawa, Sports Achor, said men have a tendency of being not open to each other.

“Men lie to each other a lot. Its part of masculinity.”

Donovan Goliath, a Comedian said, he values the advice inculcated to him by his single quiet Dad.

Pallace Dladla, an Actor, said no one taught him how to treat women except what he learned from hanging with friends in the corner somewhere.

“I only discovered now.”

“Some of them are not quite sure what it means to be a man.”

Eusebius Mckaiser,   told the panel that toxic masculinity is rife even within the gay community.

“I experienced it at a young age.  It is a horrible thing and is always internalised amongst the gay men.

“ No one is immune from toxic masculinity including women,” Mckaiser argued.

International Mens’ day  came about when in 1989, Dr. Jerome Teelucksingh, chose 19 November to honour his father’s birthday and also to celebrate how on that date Trinidad and Tobago’s soccer team had united the country with their endeavours to qualify for the soccer World Cup.